Joining her will be long-time friends and poetry-conspirators Kevin Craft, Rachel Kessler, Sierra Nelson, and Jason Whitmarsh. The reading is free, and books will be for sale. Merriment and negronis will abound. 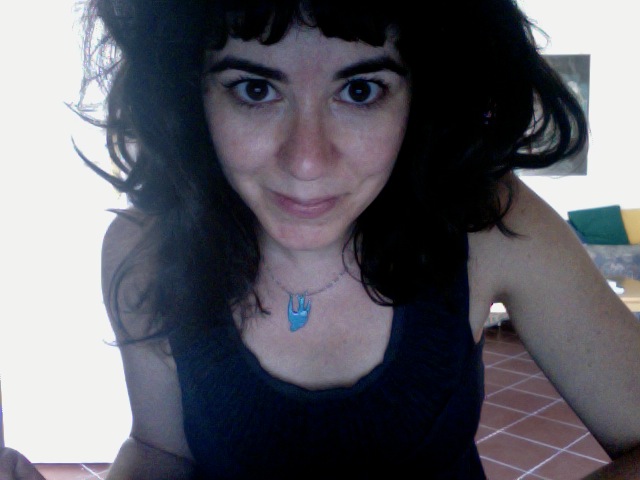 Rebecca Hoogs is the author of Self-Storage (Stephen F. Austin University Press) and a chapbook, Grenade (GreenTower Press). Her poems have appeared or are forthcoming in journals such as Poetry, AGNI, FIELD, Crazyhorse, Zyzzyva, The Journal, Poetry Northwest, The Florida Review, Cincinnati Review, and others. She won the 2010 Southeast Review poetry contest and is the recipient of fellowships from the MacDowell Colony and Artist Trust of Washington State. She is the Program Director for Seattle Arts & Lectures and is a Co-Director of the summer Creative Writing in Rome program for the University of Washington.

Kevin Craft is the editor of Poetry Northwest. He lives in Seattle, and directs both the Written Arts Program at Everett Community College and the University of Washington’s Creative Writing in Rome Program. His books include Solar Prominence, published in 2005 by Cloudbank Books, and five volumes of the anthology Mare Nostrum, an annual collection of Italian translation and Mediterranean-inspired writing. Craft has received fellowships from the MacDowell Colony, the Bogliasco Foundation (Italy), the Camargo Foundation (France), and the Washington State Arts Commission/Artist Trust. His poems, reviews, and essays have appeared widely in such places as Poetry, AGNI, Verse, Alaska Quarterly Review, The Stranger, Poetry Daily, and Kenyon Review.

Rachel Kessler, co-founder of poetry-performance collaborations Typing Explosion and the Vis-à-Vis Society, is a writer and performer from Seattle. Passionate about presenting poetry in non-traditional venues, she has performed interactive poetry in parks, on buses, in phonebooths, hair salons, and abandoned motels. She is visiting faculty and writer-in-residence at Centrum, a Whiteley Center Fellow with the University of Washington, a Jack Straw Writer, and senior writer-in-residence with Seattle Arts & Lectures. She has performed at multiple times at the Seattle Art Museum, Bumbershoot, Night School at the Sorrento, Galapagos Art Space and Bowery Poetry Club in New York City. Her poems have appeared in City Arts and the Monarch Review, and her text-based visual art is featured in The Open Daybook and Sea-Cat.

Sierra Nelson has been writing, teaching and performing in Seattle for over 14 years and earned her MFA in Poetry from University of Washington in 2002. Her recent books include the lyrical choose-your-own-adventure collaboration with visual artist Loren Erdrich “I Take Back the Sponge Cake” (Rose Metal Press, 2012), chapbook “In Case of Loss” (Toadlily Press, 2012); her poems have appeared in Poetry Northwest, City Arts Magazine, Crazyhorse, DIAGRAM and Forklift Ohio, among others. Nelson is a MacDowell Colony fellow, a 2011 Hackney Literary Award winner and co-founder of local literary performance art groups The Typing Explosion and the Vis-à-Vis Society.