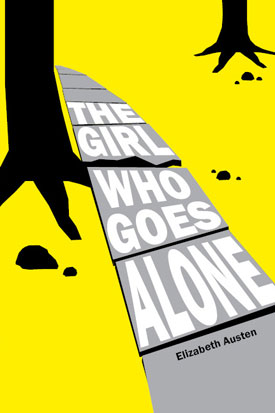 The chapbook features poems in the voices of women in various states of unease—self-aware and not—struggling with matters of faith, identity and love.

Austen, who spent her teens and twenties as an actor and director, began focusing exclusively on poetry after a six-month solo walkabout in the Andes region of South America. In 2007, Austen served as the Washington “roadshow” poet, giving readings and workshops in rural areas of the state. In addition to her own work as a writer and teacher, Austen’s author interviews and commentary on Pacific Northwest poetry readings can be heard on KUOW, 94.9, public radio.

The title poem of “The Girl Who Goes Alone” was commissioned by Hugo House and premiered at Visiting Hours, the second event of the 2009-2010 Hugo Literary Series. Austen also received funding from 4Culture/King County Lodging Tax Revenue to complete the manuscript.

The reading is free, and copies of “The Girl Who Goes Alone” will be available for purchase. Café Hugo will be open, serving select cocktails, beer and wine. 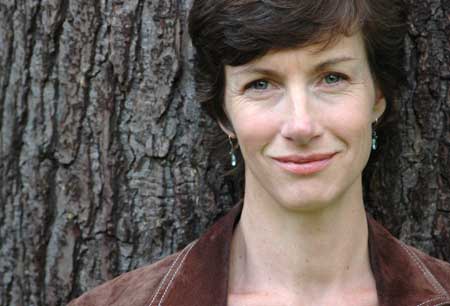 About Elizabeth Austen
Elizabeth Austen spent her teens and twenties working as an actor and director and writing poems. A six-month solo walkabout in the Andes region of South America led her to focus exclusively on poetry. She is the author of two chapbooks, “The Girl Who Goes Alone” (Floating Bridge Press, 2010) and “Where Currents Meet,” part of the Toadlily Press quartet, Sightline, forthcoming in October 2010. Her poems have appeared recently in Verse Daily, Crab Creek Review, Willow Springs, Bellingham Review and the Los Angeles Review, and the anthology “In the Telling.”

Elizabeth served as the Washington “roadshow” poet for 2007, giving readings and workshops in rural areas around the state. She is the recipient of grants from 4Culture and the City of Seattle, and is an alumna of Artsmith, Hedgebrook, the Helen Riaboff Whiteley Center, the Jack Straw Writers Program and Antioch University-Los Angeles (MFA in poetry, 2001). In 2009, she received a commission from Richard Hugo House for their annual Literary Series.

Elizabeth’s author interviews and commentary on Pacific Northwest poetry readings can be heard on KUOW, 94.9, public radio. She makes her living as a communications specialist at Seattle Children’s Hospital, where she also offers poetry and journaling workshops for the staff.