While our climate-change debates rage on in government buildings and family dining rooms, the real drama happens outside in plain sight: Katrina and Sandy are leading ladies. Tsunamis and earthquakes build the suspense, a sense of some impending doom. Still, we drive our SUVs, spritz our aerosol cans. So how do we reconcile love for our modern lifestyle with the strange weather outside our car windows?

Hear some responses to this idea from Nick Flynn, poet and best-selling memoirist of Another Bullshit Night in Suck City; Rick Bass, prolific writer and environmental activist whose interests often mix; and Jennine Capó Crucet, whose short-story collection How to Leave Hialeah won the Iowa Short Fiction Award. Stella Haze will provide the music.

Nick Flynn’s most recent book, The Reenactments, which Kirkus calls “a truly insightful, original work,” completes a trilogy begun withAnother Bullshit Night in Suck City (2004). His previous book, The Captain Asks for a Show of Hands (2011), was a collection of poems linked to the second book of the trilogy, The Ticking is the Bomb(2010), which the Los Angeles Times called a “disquieting masterpiece.”Another Bullshit Night in Suck City won the PEN/Martha Albrand Award, was shortlisted for France’s Prix Femina, and has been translated into fifteen languages. He is also the author of a play, Alice Invents a Little Game and Alice Always Wins (2008), as well as two other books of poetry, Some Ether (2000), and Blind Huber (2002), for which he received fellowships from, among other organizations, The Guggenheim Foundation and The Library of Congress. Some of the venues his poems, essays and non-fiction have appeared in include The New Yorker, the Paris Review, National Public Radio’s This American Life, and The New York Times Book Review.

Rick Bass, a Texas native, lived in Arkansas and Mississippi before moving to northwest Montana’s Yaak Valley, where he lives with his wife and daughters. A former petroleum geologist and wildlife biologist, he is the author of seventeen books, including a short story collection, The Hermit’s Story; a memoir, Why I Came West; and the novel All the Land to Hold Us (Houghton Mifflin Harcourt, 2013). An active environmentalist, Bass is a member of the Yaak Valley Forest Council, working to protect as wilderness the last roadless lands in the Yaak Valley.

Jennine Capó Crucet’s first book, How to Leave Hialeah, won the Iowa Short Fiction Award, the John Gardner Book Prize, and the Devil’s Kitchen Award in Prose, as well as being named a Best Book of the Year by The Miami Herald, the Miami New Times, and the Latinidad List. She’s published stories in the O. Henry Prize Anthology (2011),Ploughshares, Virginia Quarterly Review, Guernica, The Rumpus, and other magazines. A former sketch comedienne and NPR scriptwriter, she’s the fiction editor of PEN Center USA’s Handbook for Writers and a faculty member of Florida State University’s Creative Writing Program. 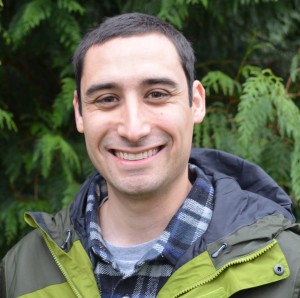 Matt Baca, a public interest environmental lawyer and the winner of our New Works Competition, lives with his wife in Seattle. Originally from Colorado, Matt is glad to have returned west after a tour of the East Coast for law and policy school and a year working for a federal judge. Matt co-founded Lexpop.org, a social networking site for collaborating on solutions to policy and other problems. He aspires to write well.

Some Like It Hot
The drama of the climate change debate often upstages the heat of the matter. A defeated presidential candidate wins a Nobel Prize for illuminating the globe’s ails. At a convention in Copenhagen, hackers expose the deceit of British climatologists, and we dub the episode ClimateGate. But the real drama happens outside in plain sight. Katrina and Sandy are leading ladies. Tsunamis and earthquakes build the suspense, a sense of some impending doom. Our worry is evidenced in memes of polar bears on fragmented ice fields. Still we get in our gas guzzlers. We leave the radio on for the dog when we aren’t home. We take off our sweaters in January and say, “It’s so beautiful out.” How do we reconcile love for our modern lifestyle with the strange weather outside our car windows? Will the rising water drown us when it rages down our doors? Or will our anxieties kill us off before we have a chance to battle through Mad Max’s desert world come true?