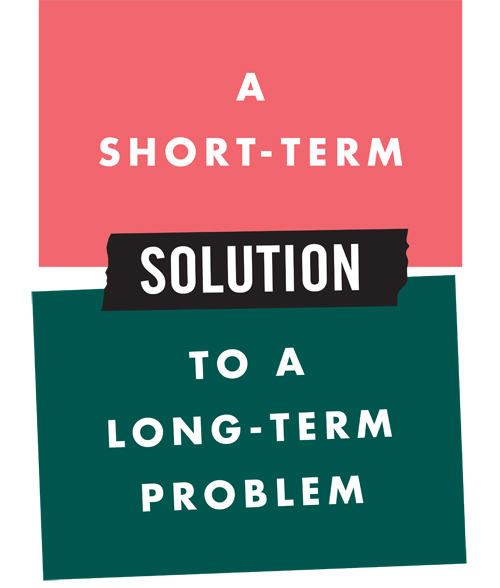 A comedy about unfunny things, “A Short-Term Solution to a Long-Term Problem,” commissioned by Richard Hugo House, is writer/performer David Schmader’s solo play about the dramatic life upheaval that drove him to spend a decade “living every day like it’s your last!”—a profoundly ridiculous adventure that finds Schmader aiming his pointy-headed, fall-off-your-seat wit at marriage, Mormons and the type of relaxation that comes from watching a baby get a spray tan.

GET YOUR TICKETS TODAY!

Doors open at 7 p.m., and the bar will be open prior to and following performances. 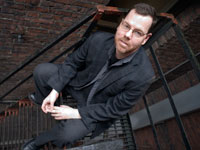 David Schmader is a writer and performer who’s been living and working in Seattle since 1991. His solo plays include “Straight” and “Letter to Axl,” which he’s performed in Seattle and across the U.S. Since 1991, he’s been an editor and staff writer for the Seattle newsweekly The Stranger, writing the pop culture and news column “Last Days.”

Matthew Richter has been working with David Schmader since 1993 when Richter produced “Letter to Axl” in Rm 608, his tiny Capitol Hill gallery for visual and performing arts. Since that time, Matthew has served as the performance editor of The Stranger (where he hired David as a freelancer) and written for journals and newspapers across the United States. His recent directing credits include “West” at On the Boards, “My Arm is in the Air” at On the Boards, and his own multi-disciplinary food-based extravaganza “Dinner Theater” at On the Boards and at Smokefarm. He is the founder and former executive director of the Consolidated Works contemporary arts center, and is currently the director of the Storefronts Seattle program. His furniture designs, created under the moniker “xom,” have been seen in galleries and stores around Seattle, as well as in private collections across the country. He has lectured on the arts at the University of Washington, Seattle University, and Cornish College of the Arts. He is the scenic designer for all shows in Spectrum Dance Theater’s 2011-2012 season. He lives in Seattle with his wife and newborn son.