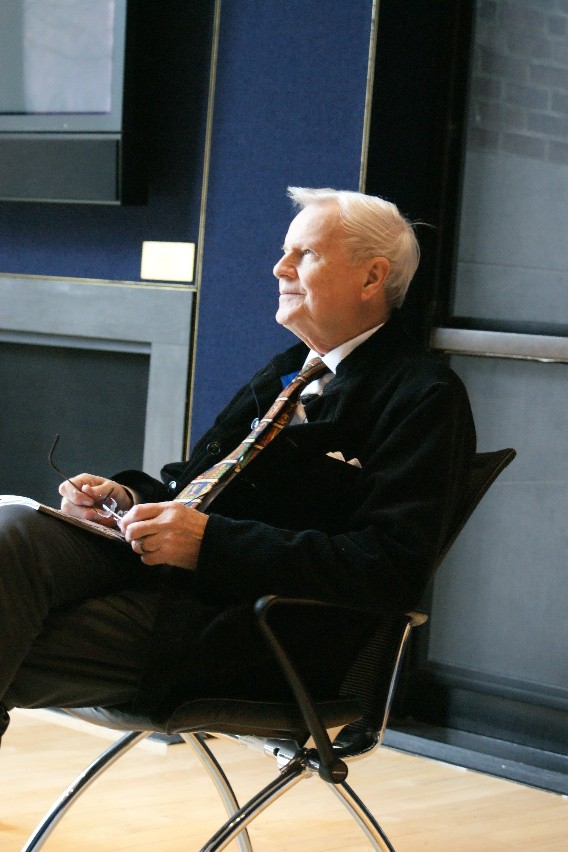 Join us for an evening with Kjell Espmark, poet and chair of the Nobel Prize in Literature.

He will be reading from his new book, Outside the Cathedral, discussing the Nobel Prize, and will end the evening by answering audience questions.

This event is free and the bar will be open.

Kjell Espmark is a poet, novelist, and literary historian. He is also a former professor in Comparative Literature at the University of Stockholm. He has been a member of the Swedish Academy since 1981, and since 1988, he has been a member of the Nobel Committee and served as chairman from 1988-2004. He has been awarded a number of prizes, including the Bellman Prize for poetry and the Schuck Prize for literary criticism. His most recent awards include The Kellgren Prize, The Great Prize of De Nio (“The Nine”), and the Tranströmer Prize. He is an officer of L ́Ordre de Merite. Espmark has published thirteen volumes of poetry. His poems continue to be translated into a number of languages.