Celebrate the release of new books from three Pacific Northwest writers—Lisa Wells, Ashley Toliver, and Mohamed Asem—who will each read from their debut books. 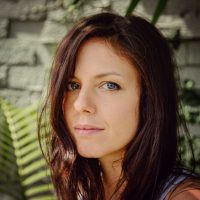 Lisa Wells is a poet and nonfiction writer from Portland, Oregon. Her debut collection of poetry, The Fix (University of Iowa Press, April 2018) was selected by Brenda Shaughnessy for the Iowa Poetry Prize. A new book of nonfiction is forthcoming from Farrar, Straus & Giroux in 2020.  Her work appears in Granta, The Believer, N+1, The Iowa Review, and elsewhere. She lives in Seattle where she edits The Volta, and a small press called Letter Machine Editions.

Praise for The Fix:

“Line by line, Wells delivers a brilliant, taut, terrifying debut that renders the parts of the inner and outer world for which there is no real cure.” –Publisher’s Weekly, Starred Review 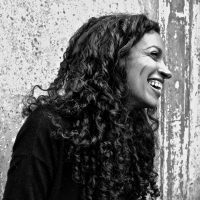 Ashley Toliver is the author of Spectra (Coffee House Press, September 2018) and a chapbook, Ideal Machine (Poor Claudia, 2014). A poetry editor at Moss., her work has been supported by fellowships from Oregon Literary Arts, the Cave Canem Foundation, and the Academy of American Poets. She received her MFA from Brown University in 2013

“In her radiant debut, Toliver carefully explores domesticity, medical trauma, and the profound limitations of having a body. Divided into three sections, the book opens with revelatory images of light that spark a phenomenological query into the nature of perception. Testing the bounds of relationships and identity, Toliver displays her linguistic gifts in poems that resist egotism and startle with their intimacy.” —Publisher’s Weekly, Starred Review

Mohamed Asem is the author of the memoir Stranger in the Pen (Perfect Day Publishing, October 2018). His work has appeared in Eunoia Review, What Lies Beneath, and elsewhere. Born in California, raised in Kuwait and Paris, he currently lives in Portland.

Praise for Stranger in the Pen: