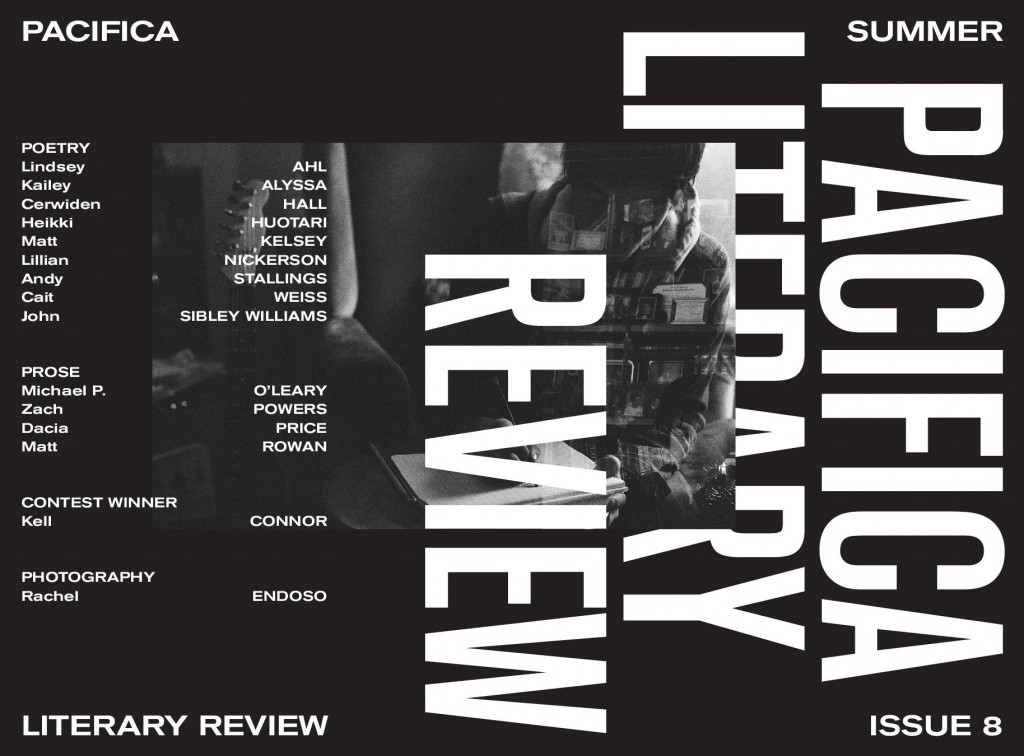 The Pacifica Literary Review is a biannual Seattle literary arts magazine publishing poetry, fiction, creative nonfiction, photography, and art. Join them in celebrating the release of their Summer 2016 issue! Matt Kelsey, Dacia Price, Lillian Nicerkson, Robert Lashley and Kathleen Flenniken will read their works from the new issue, and fresh-from-the-press copies of Issue #8 will also be on sale.

Matt Kelsey is an editorial assistant intern for RHINO magazine, and will be attending Northwestern University (MSEd) in the fall. He has received teaching fellowships for the University of Washington’s Summer Writing Program in Rome and for UW’s Friday Harbor Marine Labs. He has also received scholarships from the Bread Loaf Writers’ Conference. His writing has appeared in Beloit Poetry Journal, Best New Poets, and elsewhere.

Robert Lashley is the author of The Homeboy Songs (Small Doggies Press). His poems have appeared in NAILED Magazine, Feminete, No Regrets, and Your Hands, Your Mouth, among others. His work was also featured in Many Trails To The Summit, an anthology of Northwest form and lyric poetry.

Kathleen Flenniken is the author of two poetry collections: Plume, a meditation on the Hanford Nuclear Site and winner of the Washington State Book Award, and Famous, winner of the Prairie Schooner Book Prize and named a Notable Book by the American Library Association. She was the 2012 – 2014 Washington State Poet Laureate.