Each will read from work created during the residencies and reminisce about their times at the House.

The bar will be open serving both “adult” and “youth” beverages. The reading is free.

Ryan Boudinot is the author of “The Littlest Hitler” (Counterpoint, 2006), a Publishers Weekly Book of the Year. His first novel “Misconception” was published by Grove Atlantic in fall 2009. His next novel, “Blueprints of the Afterife,” is forthcoming in 2012. His work has appeared in McSweeney’s, The Stranger, “The Best American Nonrequired Reading” and elsewhere. He teaches at Goddard College’s M.F.A. program in Port Townsend and at Richard Hugo House, where he is also writer-in-residence. 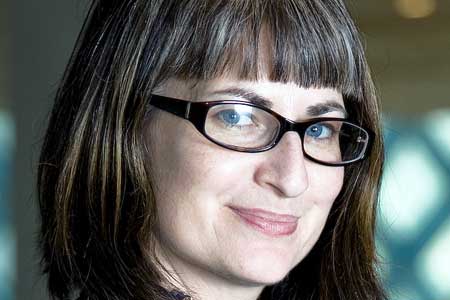 Karen Finneyfrock is a novelist, poet and teaching artist living in Seattle, WA. Karen is the author of two books of poetry including the recently released, “Ceremony for the Choking Ghost” (Write Bloody Press.) She is a writer-in-residence at Richard Hugo House and teaches for Seattle Arts and Lectures’ Writers-in-the-Schools. Her first young adult novel, “Celia the Dark and Weird,” will be released by The Viking Press in summer of 2011. A member of three National Poetry Slam teams, Karen was honored as a “Slam Legend” at the National Poetry Slam in 2006.