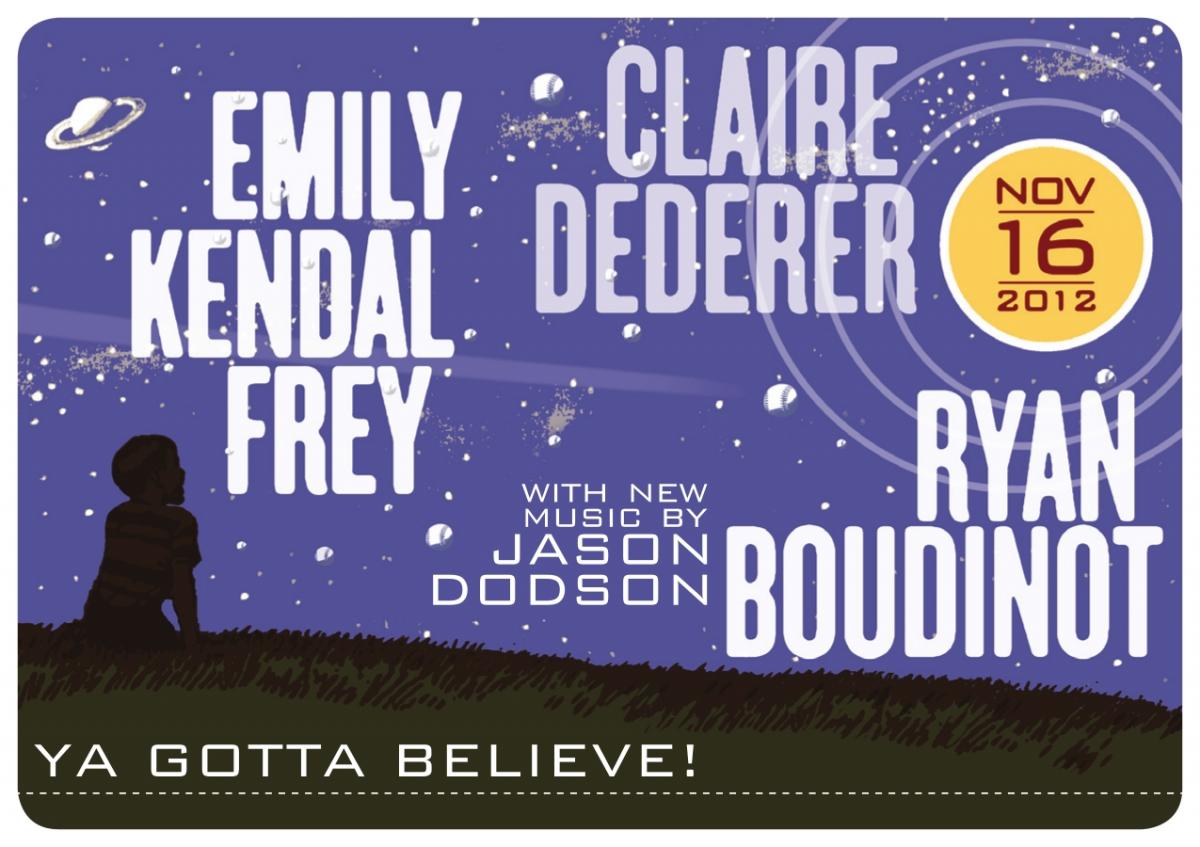 Tickets are on sale now for general and student/senior tickets. Get yours online here, or by calling (206) 322-7030. (Not a member? Become one today and get a discount on your tickets!)

The Writing Prompt for Ya Gotta Believe!

Pitcher Tug McGraw famously dubbed the phrase, “ya gotta believe!” when he led the underdog New York Mets from last place to the National League pennant over the final month of the 1973 season. McGraw’s belief in a higher power—the collective strength of his team—drove him; yet, in the face of adversity, sometimes faith may not be so blind. The growing hum of doubt, like a fastball high and inside, refuses to be ignored. What becomes of us when we question our beliefs in God, our country or in humanity? Or worse—what happens when we can no longer believe in anything?

Ryan Boudinot is the author of the novels “Blueprints of the Afterlife” and “Misconception” (a PEN USA Literary Award finalist) and the story collection “The Littlest Hitler” (a Publishers Weekly book of the year). His work has appeared in McSweeney’s four times, and in other journals and anthologies including Post Road, Hobart, Monkeybicycle and The Best American Nonrequired Reading. He was a Writer in Residence at Hugo House from 2009-2011 and teaches at Goddard College’s Master of Fine Arts program.

Claire Dederer’s bestselling memoir “Poser: My Life in Twenty-Three Yoga Poses” came out in January, 2011 from Farrar, Straus and Giroux and was published in the UK by Bloomsbury. Poser has been translated into 11 languages. Claire is a longtime contributor to The New York Times. Her articles have appeared in Vogue, Real Simple, The Nation, New York, Yoga Journal, on Slate and Salon and in newspapers across the country. Her writing has encompassed criticism, reporting and the personal essay. Claire’s essays have appeared in the anthologies “Money Changes Everything” (edited by Elissa Schappell and Jenny Offill) and “Heavy Rotation” (edited by Peter Terzian). 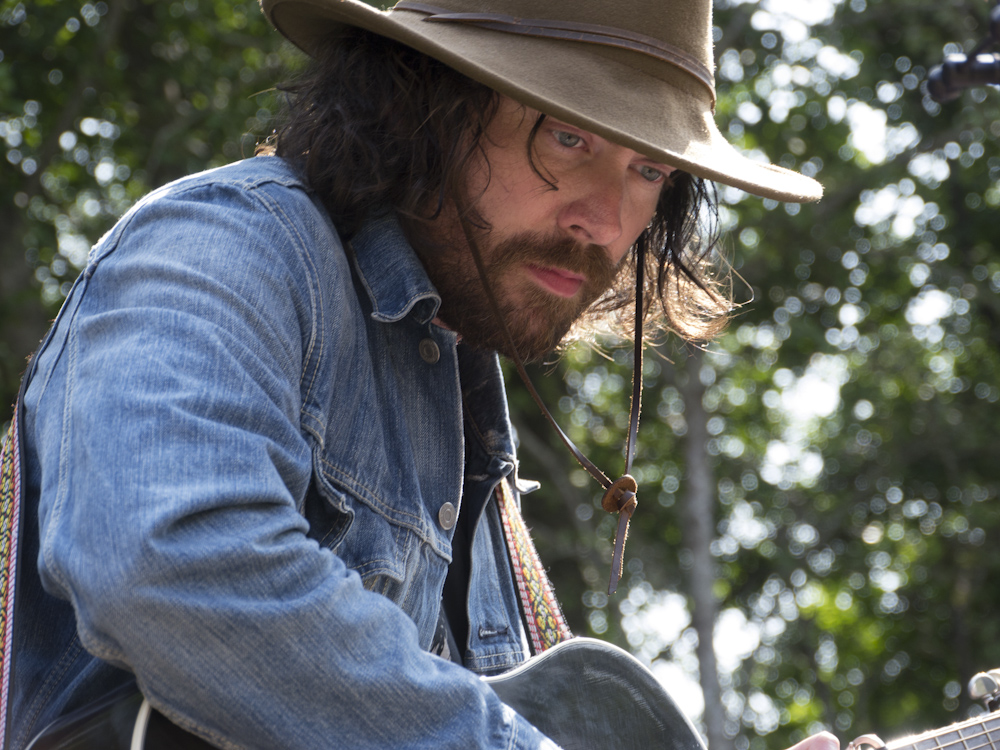 Jason Dodson is a singer-songwriter and frontman for the Maldives, an American roots septet that has been called “the hardest working band in Seattle.” He also spends time writing and playing music for folk-rock trio Sons of Warren Oates, and the mysterious rock collective Cosmic Panther Land Band. His music has been compared to that of Neil Young, the Band and Bonnie “Prince” Billy, and featured at SXSW, Bumbershoot, No Depression Festival, CMJ and the Tractor Tavern. Though he was born in Virginia and has lived all over the United States, Seattle is the only place he calls home (especially Ballard). The Maldives’ latest epic release, “Muscle for the Wing,” is currently available from Spark and Shine Records. He loves sushi, hot tea and anything written by James Crumley.

Tickets
Tickets can be purchased online via Stranger Tickets or from Hugo House by phone at (206) 322-7030 or in person during normal business hours.

Hugo House Ticket Policy: All ticket sales are final and are not subject to a refund. Tickets will be released ten minutes before show time. There is NO LATE SEATING. View The Stranger’s ticket policy.

Event Information
All Hugo Literary Series events occur on Friday nights in Richard Hugo House’s theater. Doors open at 6:30 p.m., and our bar is open both before and after the event serving beer, wine, select spirits and snacks. Books are for sale by Elliott Bay Book Company, and authors are available for book signings.

Classes
Classes from Lit Series authors are held on Saturdays following each Friday evening event. Classes require a separate registration. For more information about classes, visit our online catalog, or contact our registrar at registrar@hugohouse.org or by calling (206) 322-7030.

New Works Competition
As part of the Hugo Literary Series, Richard Hugo House seeks previously unpublished poems, short stories and personal essays of no more than 1,500 words. The theme is You Are Here, and the winner will receive $500 and an invitation to read at the final Hugo Literary Series event on March 1, 2013 alongside writers Chris Abani, Cheryl Strayed and Jonathan Evison and musician Joy Mills. Entries must be received by January 11, 2013.

Youth New Works Competition
As part of the Hugo Literary Series, Richard Hugo House seeks poems, short stories or personal essays of no more than 1000 words from students currently enrolled in grades 9-12. The theme is Strong Female Leads, and the winner will receive $100 and an invitation to read at the third Hugo Literary Series event on February 8, 2013 alongside writers Patricia Smith, Kelly Froh and Arlene Kim and musician KatieKate. Entries must be received by January 11, 2013.