This fall, we’re introducing a new advanced program for writers: a place of experimentation and accountability that we’re calling the Book Lab.

Designed to help writers reach the final draft of their book, Book Lab is for anyone with a complete manuscript ready for extensive feedback, or for those who have completed one of our yearlong courses. Participants will benefit from one-on-one mentorship with a published writer and become part of an intimate cohort of fellow writers while working on craft and getting an in-depth look at the publishing process.

Running from September through August, Book Lab is a big commitment, which is why we asked this year’s mentor, Peter Mountford, to give us a closer look at the program. An accomplished and widely published author in his own right, Peter teaches from a place of practical application, and from personal experience.

What was the inspiration for Book Lab? What needs do you see the program filling for writers?

Book Lab combines the best of an MFA experience with the best of a Hugo House yearlong class, plus close mentorship of a kind you can’t even get in an MFA program. You get a cohort — between 3 to 7 fellow writers — and the structure of a community with deadlines, but you also get one-day classes, a second reader for your book, and a lot of hands-on help over the course of 12 months.

Beyond that, we also wanted to offer guidance with issues of publishing — specifically, thinking about what writers need to do while working on their book to make it possible to secure a great literary agent. We wanted a program for someone who has a book idea and is dead serious about making it happen in the next 12 months, including submitting the book and so on.

What’s your prep like as the mentor? Will you be reading everyone’s book drafts before the fall session starts and then shaping the program from there? Do you already have a set syllabus? 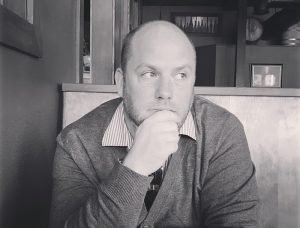 I’m going to meet with everyone individually during the fall quarter and read the first part of their book, as well as an outline. Depending on their individual needs, I’ll either read the whole manuscript in the fall, or I’ll wait until the winter or early spring.

The weekly meetings in the fall are to build a framework of community and expectations, set deadlines, and pinpoint everyone’s individual concerns with process and craft. What’s been preventing them from finishing their book so far, and what’s needed now? The key is to make it highly flexible based on the needs of this small group of students. It’s not like a class with 15 students, where I show up with a set syllabus and commence delivering the plan that I developed before I met them. In this case, there may be some people who desperately want help writing, some who may desperately want help revising, and others who need to start preparing themselves for an agent search by creating a foundation of a literary career or platform that they can talk about in their query letter.

You’re an in-demand manuscript consultant here at the House, having worked with many authors before their books were published (Elissa Washuta, Nicole Hardy, and Tara Conklin to name a few). You’ve been called “ferociously efficient” in your feedback. Walk us through one of your manuscript sessions. What’s the process like, and what have you found works best?

It depends on the individual, which is why I love mentorship. It’s always different in some way. One thing that does work for a lot of people, though, is reading their pages aloud to them. I pause every time something occurs to me — if something is funny, or I find it hard to picture a character, or if the dialogue feels a bit theatrical, and so on. It sounds mortifying, but it actually works, and people respond well to it. The writer I’m working with can often hear the issue themselves, too, as I’m reading: how a long paragraph that felt great while they were writing it, now — if they imagine reading it at Elliott Bay Book Company in front of 50 strangers — maybe it doesn’t seem quite so riveting after all.

At the end of a session, I’ll often suggest some things the writer should do before our next meeting, like do some medium-level changes I suggested, or make sure that the change they made to some secondary character is reflected in the next chapter, or try to make the next one have a different tone so that the book doesn’t hit the same emotional note in back-to-back chapters.

What are some of the main points students will take away from the publishing intensive in the spring?

They’ll come away with resources about opportunities, know how to conduct an agent search, and have a better understanding of how the publishing process works in a practical way (distributors, sales reps, and all of that). It’s a great opportunity to hear from literary agents and other publishing professionals in person, and to ask questions.

Book Lab students can register for a one- or two-session class every quarter (for four quarters). What are some of the types of classes you’d recommend to students in this program? Is the goal here to work more on craft and revising, or to focus on the writing life in classes on pitching, publishing, etc?

This is something I think is so cool. It’ll really depend on the student. It’s such a great aspect of the Lab, that I can talk to the students about what’s on offer at Hugo House and advise them about what they should look for in a class. Maybe it’s finding a specific instructor, or a topic — some craft element they’re struggling with — or maybe they need to write an essay that’ll be outside of their book, but one that could serve to help build their platform.

What writers take away from workshops is obviously dependent on what we put into it, and that’s exponentially true with longer commitments. How can Book Lab participants prepare themselves to get the most out of the program?

I think the main thing will be to be prepared to set aside time for writing and reading and the time to be in class. The most important resource for a writer is time. After that, it’s quality mentorship and community — which this program will offer — as well as other resources. If you don’t have that time, then you won’t be able to do it. Writers should plan to set aside 8 hours a week at minimum, but preferably more. Making time commitments like that is hard for people with very full lives, but there are lots of people who do it. Maybe the person I notice writing on the bus is actually registered for the Lab. They have no problem generating work, because they’re commuting 10 hours a week, minimum, and they just sit on the bus and tap away.

Registration is now open for Book Lab. If you have questions about the program, visit the program page or write to us at registrar@hugohouse.org.

Peter Mountford has taught creative writing—fiction and nonfiction, primarily—to thousands of writers at all phases of their careers. Peter’s first novel A Young Man’s Guide to Late Capitalism (Houghton Mifflin Harcourt) won the 2012 Washington State Book Award, was a finalist for the VCU Cabell First Novel Award, and is currently being developed as a television show by Campanario Entertainment. His second novel The Dismal Science (Tin House Books) was a finalist for the 2015 WSBA, and was a New York Times editor’s choice. His short work has appeared in the New York Times (the “Modern Love” column), the New York Times Magazine, The Atlantic, Granta, Boston Review, Southern Review, Best New American Voices 2008, Slate, Salon, The Guardian, and dozens of other magazines and newspapers. In 2012-14 Peter was the prose writer-in-residence at Hugo House, where he has been teaching since 2008. Since earning his MFA from the University of Washington in 2006, Peter’s work has won awards and grants from 4Culture, Seattle’s Office of Arts and Culture, Seattle Magazine, and the Elizabeth George Foundation. Peter has received the Bread Loaf’s 2015 Bakeless Fellowship in Fiction, the he’s also won two fellowships to Yaddo, including the Wallace Fellowship for a distinguished writer. He is currently on faculty at Sierra Nevada College’s MFA program.