Celebrate the publication of After Rubén, Francisco Aragón’s latest collection of poetry and prose, which examines the question of legacy—familial, cultural, and literary—merging the public and personal and becoming what Ada Limón calls “an ode to the between-world of those who live a life dedicated to observation of words.” Aragón will read from the new book and be joined in conversation with Natalie Scenters-Zapico, author of Lima :: Limón.

RSVP for the Zoom conversation at the “Tickets” link. 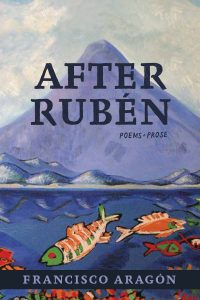 After Rubén unfolds as a decades-long journey in poems and prose, braiding the personal, the political & the historical, interspersing along the way English-language versions & riffs of a Spanish-language master: Rubén Darío. Whether it’s biting portraits of public figures, or nuanced sketches of his father, Francisco Aragón has assembled his most expansive collection to date, evoking his native San Francisco, but also imagining ancestral spaces in Nicaragua. Readers will encounter pieces that splice lines from literary forebearers, a moving elegy to a sibling, a surprising epistle from the grave. In short: a book that is both trajectory & mosaic, complicating the conversation surrounding poetry in the Americas—above all as it relates to Latinx and queer poetics. 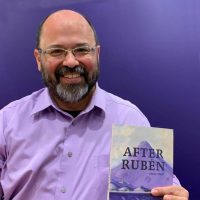 Francisco Aragón is the son of Nicaraguan immigrants. He is the author of Puerta del Sol and Glow of Our Sweat, as well as editor of The Wind Shifts: New Latino Poetry. His poems have appeared in twenty anthologies, most recently The Wandering Song: Central American Writing in the United States (Tia Chucha Press) and Nepantla: An Anthology Dedicated to Queer Poets of Color (Nightbook Books). Others include Inventions of Farewell: A Book of Elegies (W.W. Norton), Deep Travel: American Poets Abroad (Ninebark Press), and Poetry of Resistance: Voices for Social Justice (University of Arizona Press). In 2017, he was a finalist for Split This Rock’s Freedom Plow Award for Poetry & Activism. A native of San Francisco, CA, he directs Letras Latinas, the literary initiative at the University of Notre Dame’s Institute for Latino Studies. Aragón divides his time between Washington, D.C. and South Bend, IN. 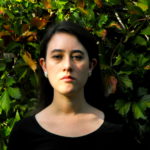