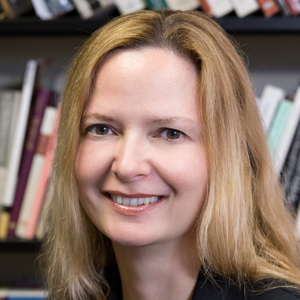 Presented in partnership with the Bagley Wright Lecture Series on Poetry

“This is going to be the sharpest and most delightful academic discussion of the seductive power of poetry you’ve ever heard. Not that you’ve necessarily ever heard such a lecture, but there is a sort of general sense among us that poetry is for romantics, that it’s a tool a person uses to seduce someone else and not a site of seduction in and of itself. It’s hard to make that intellectual leap, though, because you can’t really make out with a piece of paper. Ange Mlinko, professor at the University of Florida and poetry editor for The Nation, is perfectly positioned to make the case for the overlap between seduction and multivalence in language. She writes dense, multivalent lyric poems herself, and they’re shot through with a lot of Greek allusions. And you KNOW the Greeks were into that kinda [thing]. Homework before you go: Mlinko’s book, Marvelous Things Overheard: Poems and Anne Carson’s book, Eros the Bittersweet.” – Rich Smith, The Stranger

Ange Mlinko is poetry editor of The Nation and the author of four collections of poetry, including Marvelous Things Overheard (FSG). Her new collection, Distant Mandate, will be published by Farrar, Straus and Giroux in the spring of 2017. Her poems and criticism have appeared in The Nation, Poetry, Paris Review, Granta, London Review of Books, and numerous other journals. In 2009 she was the recipient of the Poetry Foundation’s Randall Jarrell Award for Criticism, and in 2014 she was named a Guggenheim Fellow. She is an Associate Professor of English at the University of Florida, Gainesville.

Charlie Wright, Publisher of Wave Books, established the Bagley Wright Lecture Series on Poetry in memory of his late father, the businessman and philanthropist Bagley Wright. The Lecture Series seeks to provide leading poets with the opportunity to explore in depth their own thinking on the subject of poetry and poetics, and to create lasting works of criticism and poetics that will help current practitioners in the art of poetry, along with scholars and general readers, to more fully understand poetry as it is written and read in our time.