Will you get that job you’re gunning for?
Should you tell her you love her?
Do you dare disturb the universe?

All you have to do is show up, write questions on slips of paper, and hand them to our mysterious, velvet tuxedo’ed host, poet Johnny Horton*, before the show. He’ll pick a number of questions to pose to our team of writer-oracles, who will be all set to solve your worldly problems with prescient passages from their books.

*Note: August’s Ask the Oracle will be hosted by Ramon Isao in Johnny’s absence. 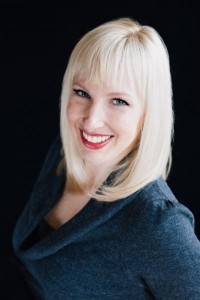 Nicole Hardy is the author of the memoir Confessions of a Latter-Day Virgin and the poetry collections This Blonde and Mud Flap Girl’s XX Guide to Facial Profiling, a chapbook of pop-culture inspired sonnets. 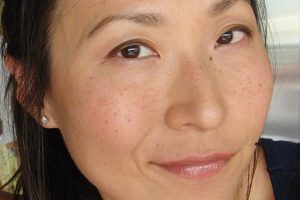 Arlene Kim, a Korean-American writer, was featured as one of Poets & Writers magazine’s debut poets of the year for her first book, What have you done to our ears to make us hear echoes?, which was also a finalist for the Washington State Book Award and a recipient of the 2012 American Book Award. Her work appears on- and offline in places such as Blackbird, diode, Terrain, Cha, DIAGRAM, Hugo House Literary Series, and National Public Radio. 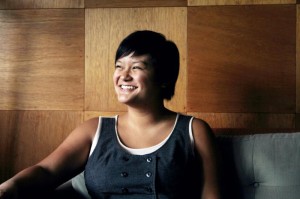 Michelle Peñaloza‘s poetry has appeared or is forthcoming in the New England Review, the Asian American Literary Review, TriQuarterly, and elsewhere. She is the recipient of fellowships and scholarships from Kundiman, Hugo House, and the Bread Loaf Writers’ Conference, among others.