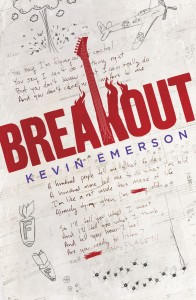 Celebrate the release of Seattle young-adult writer Kevin Emerson’s Breakout at Hugo House, including a reading by Kevin, a Q&A moderated by Karen Finneyfrock, and a musical performance.

Breakout follows a high school student named Anthony, whose angst-ridden rock ‘n’ roll lyrics go viral, placing him in the role of the school rebel. Fed up, pissed off, and feeling trapped by the people around him, Anthony writes his first song for his rock band, the Rusty Soles. His only problem: Arts Night. If he exercises his right to free speech and sings his original lyrics—where his own bombs will drop—he and his band will be through.

The bar will be open (for the adults!) and Breakout will be for sale by Secret Garden Bookshop. 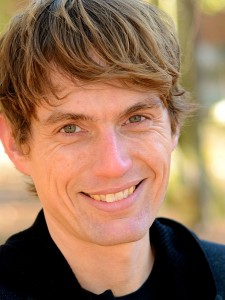 Kevin Emerson is the author of thirteen novels for teens and children. A former elementary school science teacher, he has taught for Richard Hugo House and Writers in the Schools. Kevin is also a drummer and singer, notably with Seattle bands Math and Physics Club, and The Board of Education. His first band in high school was a Rush tribute band. He once won a spelling bee, lost a beauty pageant, and appeared in a TV commercial that aired in Sweden and select Baltic states.