Join us for a virtual reading with celebrated writers Rae Armantrout and Heather McHugh, who will read from their new books, Conjure and Muddy Matterhorn (respectively).

RSVP for this free reading at the “Tickets” link. 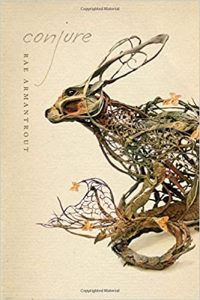 Rae Armantrout has always taken pleasure in uncertainties and conundrums, the tricky nuances of language and feeling. In Conjure that pleasure is matched by dread; fascination meets fear as the poet considers the emergence of new life (twin granddaughters) into an increasingly toxic world: the Amazon smolders, children are caged or die crossing rivers and oceans, and weddings make convenient targets for drone strikes. These poems explore the restless border between self and non-self and ask us to look with new eyes at what we’re doing. 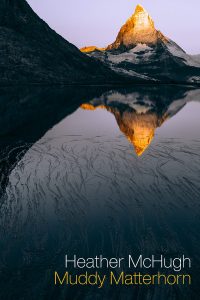 Heather McHugh’s first book in a decade, Muddy Matterhorn, reclaims the mix of high and low that is her sensibility’s signature, in matters practical and philosophical, semantic and stylistic, mortal and transitory, amorous and political, hilarious and heartbreaking. With fierce attacks on technology and social structures, McHugh finds a way to enjoy and empathize with humanity on her own terms. Ever the outsider, McHugh combines a strong sense of self with a determination to love people and the worlds they build without losing her biting criticism or witty rejection of societal norms and expectations. She is both pragmatic and theorizing, esoteric and identifiable. The joy and anger in these poems join to form an empowered and impassioned declaration of self in a chaotic time. 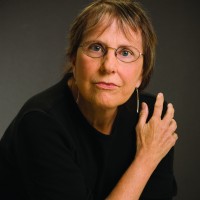 Rae Armantrout is Professor Emerita of writing in the literature department at the University of California at San Diego. She has also taught at the California College of Arts and Crafts, Bard College, Naropa University, San Diego State University, and San Francisco State University. Her books include Conjure (2020), Wobble (2018), Itself (2015), Just Saying (2013), Money Shot (2011), Pulitzer Prize-winning Versed (2009), Next Life (2007), and Up to Speed (2003). Her work has been honored, anthologized, and translated around the world. 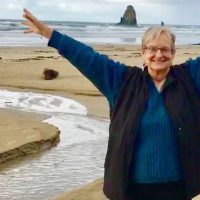 Heather McHugh, recipient of a 2009 MacArthur fellowship, is the author of thirteen books of poetry, translation, and literary essays. Her prize-winning translations include a Griffin International Poetry Prize selection, and her books of original poetry have been finalists for the Pulitzer Prize and the National Book Award. McHugh has taught literature and writing for over three decades, most regularly at the University of Washington in Seattle and in the low-residency MFA Program for Writers at Warren Wilson College in Asheville. From 1999 to 2005 she served as a chancellor of the Academy of American Poets, and in 2000 she was elected a fellow of the American Academy of Arts and Sciences. From 2011 to 2018 she hosted respite getaways for full-time family caregivers.