Every single day is National Poetry Month at Cheap Wine & Poetry, but we hear April is supposed to be the month where everyone reads, writes, and breathes poetry. Or something like that, right?

As always, the lovingly drunk Jeanine Walker hosts, and an open mic follows the featured readers. The reading is free. Wine is a buck per plastic cup and $5 per bottle. 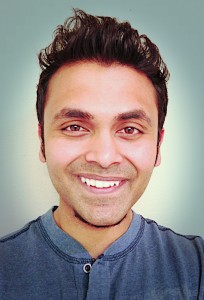 Zubair Ahmed was born in 1988 and raised in Dhaka, Bangladesh. After immigrating to the US in 2005 and finishing high school in a small Texas town, he went to Stanford University for his BS and MS in Mechanical Engineering. He is author of Ashulia, a chapbook published by Tavern Books in 2011. His first full-length collection, City of Rivers, published in the McSweeney’s Poetry Series, was nominated for a 2013 Northern California Book Award in Poetry. His works have appeared in Tin House, Believer, Pleiades, and ZYZZYVA among others. He currently lives in Everett, Washington where he enjoys working his day job at Boeing and spending time exploring the American Pacific Northwest. 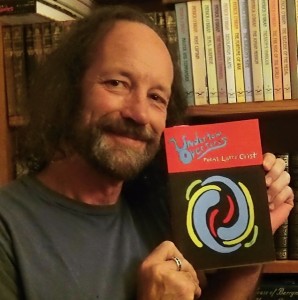 Larry Crist lives in Seattle and is originally from California, specifically Humboldt County. He has also lived in Chicago, Houston, London, and Philadelphia where he attended Temple U receiving an MFA in theatre. He’s been widely published. Undertow Overtures is Larry’s first poetry collection, published by ATOM Press and available through Amazon and select NW bookstores. Larry was a fellow in the Jack Straw Writer’s Program in 2013 and has received three Pushcart nominations.

Laura Da’ is a poet and public school teacher. A lifetime resident of the Pacific Northwest, Da’ studied creative writing at the University of Washington and The Institute of American Indian Arts. Da’ is an enrolled member of the Eastern Shawnee Tribe of Oklahoma. She has published poems in Prairie Schooner, Hanging Loose, The Iowa Review, and elsewhere. Her first chapbook, The Tecumseh Motel, was published in Effigies II. The University of Arizona Press published her first full-length manuscript, Tributaries, in 2015. Da’ lives near Seattle with her husband and son.

Karen Finneyfrock is a poet and novelist in Seattle. She is the author of two young adult novels: The Sweet Revenge of Celia Door and Starbird Murphy and the World Outside,” both published by Viking Children’s Books. She is one of the editors of the anthology Courage: Daring Poems for Gutsy Girls and the author of Ceremony for the Choking Ghost, both released on Write Bloody press. She is a former writer-in-residence at Hugo House in Seattle and teaches for Seattle Arts and Lectures’ Writers-in-the-Schools program. In 2010, Karen traveled to Nepal as a Cultural Envoy through the US Department of State to perform and teach poetry and in 2011, she did a reading tour in Germany sponsored by the US Embassy.