It’s another rollicking night of family dysfunction, but this time it’s outside your home! Join five local writers—Allison Ellis, Jane Hodges, Kristine Lloyd, Brian McGuigan, and Jennifer Worick—as they read brand-spanking-new creative nonfiction, all centering around various ideas of family. Be the first to hear memoirs and personal essays as they develop and take shape. These writers aim to put the “fun” in dysfunctional during this lively, moving evening. If that’s not awesome enough, force of nature/world traveler Nicole Hardy (Confessions of a Latter-Day Virgin) will emcee the free event. The bar will be open serving beer, wine, and maybe even a special cocktail cooked up for the evening. 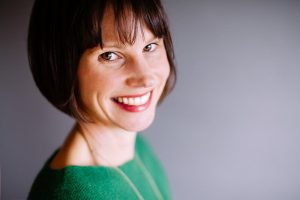 Allison Ellis writes about fashion, travel, home décor, and other lifestyle topics of great importance. Her essays and articles have appeared in the Washington Post, SELF, Redbook, Marie Claire, Fodor’s Travel Guides, ParentMap, and the Seattle Times. She is currently working on a memoir about her yearlong journey as a delusional young widow in pursuit of a new husband, and was recently selected as a 2015 Literary Contest Finalist by the Pacific Northwest Writers Association.

Nicole Hardy is the author of the memoir Confessions of a Latter-Day Virgin and the poetry collections This Blonde and Mud Flap Girl’s XX Guide to Facial Profiling—a chapbook of pop-culture inspired sonnets. 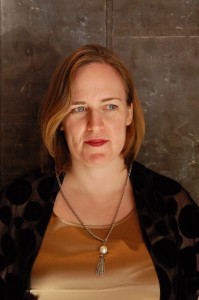 Jane Hodges is a creative writer with a practicality problem, meaning she’s a Capricorn with Pisces rising. She’s the author of Rent Vs. Own, freelances for the Wall Street Journal, and is currently working on a memoir she calls My Year of Living Posthumously about handling two estates, several passive aggressive relatives, two freezers full of ancient beef, a gun, and the ramifications of returning to the South where her family lost all its money in a Ponzi scheme. She’s the founder of Mineral School, a new artists residency near Mt. Rainier. 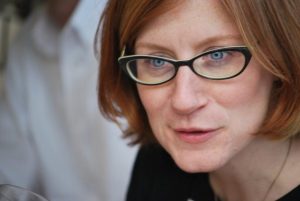 Librarian by day, writer by night, native Alabamian Kristine Lloyd loves to tell stories about her family. She earned her MFA at the Inland Northwest Center for Writers at Eastern Washington University in 2000. She has written for Salon, The Mid, Seattle Bride and a variety of local blogs. She is currently working on a memoir about the fact that her parents get laid more than she does.

Brian McGuigan‘s nonfiction has appeared in Gawker, Salon, the Rumpus, the Weeklings, and elsewhere, and he writes a monthly column on fatherhood for ParentMap Magazine called “Daddy Issues.” He’s the author of the poetry chapbook “More Than I Left Behind” and has written and performed monologues about his dramatic weight loss called “Fat Fuck” at Bumbershoot, Annex Theater, and other venues. Brian has received grant support from 4Culture and the Seattle Office of Arts & Culture, was a fellow in the Jack Straw Writers’ Program. In 2010, he was shortlisted for the Stranger’s Genius Award in Literature, and in 2011, he was selected as one of City Arts Magazine’s Power 50 Culture Makers. When he’s not writing and parenting, Brian co-curates the popular reading series Cheap Wine & Poetry and Cheap Beer & Prose and is on the programming committee for Seattle Lit Crawl. Currently, he’s at work on a memoir about fatherhood, masculinity, and violence.

Jennifer Worick writes about things that blow her skirt up. She’s a New York Times-bestselling author and has published more than 25 books, including the brand-new revised edition of Things I Want to Punch in the Face. She has written for everything under the sun, including the Huffington Post, Salon, and Bust. She is currently writing There Must Be Some Misunderstanding: A True Story of Double Ds, Straight As & a Whole Lot of BS, a coming-of-age memoir. In her spare time, she helps burgeoning authors get published through her consulting company with Kerry Colburn, The Business of Books.