Steve Hughes, writer and publisher of the Detroit zine, Stupor, reads from his new short story collection, Stiff (Wayne State University Press). Stiff pays homage to a city turned upside down by economic abandonment, pushing the boundaries of realism with characters that seem odd and otherworldly. Hughes will be joined by Jekeva Phillips, Seattle writer and the editor of Word Lit Zine, who will read from her own work. After the reading, the two will discuss the ways in which their alt-lit zine backgrounds have influenced their writing. 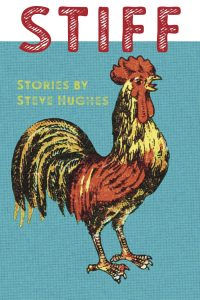 “…Hughes’ debut is fun and adventurous, an imaginative barrage of raw emotion.” —Booklist

With a hearty helping of Detroit grit, the stories in Stiff pay homage to a city turned upside down by economic abandonment. Steve Hughes pushes the boundaries of realism with characters that seem odd and otherworldly. In his Detroit, witches cast spells to improve their husbands, chickens grow from seeds, and lovers realize their sex organs have minds of their own. The characters in Stiff are all searching for something in each other—a certain wholeness or understanding, a place to rest and call home. 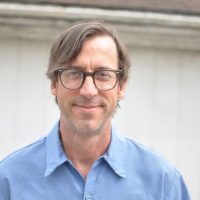 Steve Hughes is the writer and publisher of Detroit’s longest-running zine Stupor. His collection Stupor: A Treasury of True Stories was funded by a grant from the Kresge Foundation. He is the creator of The Good Tyme Writers Buffet, a literary series and potluck that is presented at Public Pool, a neighborhood art space in Hamtramck. His stories have appeared in Fence and A Detroit Anthology. Hughes lives in Hamtramck, where he continues to collect stories at local watering holes for forthcoming issues of Stupor. 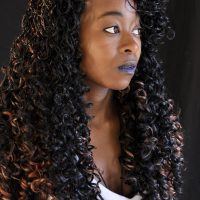 Jekeva Phillips is a performer, writer, and patron of the arts. She is the founder and editor-in-chief of Word Lit Zine, a lit quarterly for PNW readers and writers; owner of Paradise Lost Publishing and Events; managing director of Lit Crawl Seattle; and director of Bibliophilia Storytelling Festival. You may have seen Jekeva performing improv as a member of CSz Seattle (home of ComedySportz), traveling through space with Where No Man Has Gone Before, or twirling in aerial fabrics at the School of Acrobatics and New Circus Arts. And because all of that is not enough, she is currently hard at work on a novel. Les Amants: Lovers and Other Strangers (Paradise Lost Publishing, 2016), a narrative collection of confessional poems following two fated souls, is her first book.