This event has been rescheduled due to the coronavirus and will now be held virtually.

In the final installment of this season’s Hugo Literary Series, three writers and a musician take on the theme “Strange Appetites.” 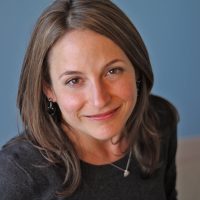 Tyehimba Jess is the author of two books of poetry, Leadbelly and Olio. Olio won the 2017 Pulitzer Prize, the Anisfield-Wolf Book Award, The Midland Society Author’s Award in Poetry, and received an Outstanding Contribution to Publishing Citation from the Black Caucus of the American Library Association. Leadbelly was a winner of the 2004 National Poetry Series. Jess, a Cave Canem and NYU Alumni, received a 2004 Literature Fellowship from the National Endowment for the Arts, and was a 2004–2005 Winter Fellow at the Provincetown Fine Arts Work Center. He received a Guggenheim fellowship in 2018. Jess is a Professor of English at College of Staten Island. 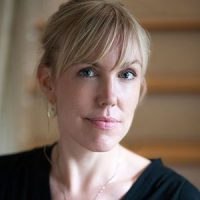 Tara Conklin is a writer and former lawyer whose first novel, The House Girl, (William Morrow) was a New York Times bestseller, #1 IndieNext pick, Target book club pick and has been translated into 8 languages. Her second novel, The Last Romantics (William Morrow) was published in February 2019 to wide acclaim. An instant New York Times bestseller, The Last Romantics was a Barnes & Noble Book Club Pick, IndieNext Pick, and was selected by Jenna Bush Hager as the inaugural read for The Today Show Book Club.

The Bushwick Book Club Seattle delivers literature, music and songwriting to the Seattle community while building the next generation of musicians and readers. We read books, write songs inspired by books, then perform those songs for a live audience.
Bushwick performers include: Debbie Miller, Jason Goessl and Wes Weddell.
+ Google Calendar+ Add to iCalendar