For the 2018-19 season of Hugo Literary Series — the first in our new home — we’re looking back to look forward and asking the writers and musicians to create new things from the old. Each event within the series takes its theme from an iconic book — those whose titles have a resonance beyond the book itself.

Award-winning and New York Times-bestselling author Lauren Groff; fiction writer R.O. Kwon, author of one of the most anticipated debuts this year, The Incendiaries; and award-winning Seattle-based writer Kim Fu will read new work on the theme Diving Into the Wreck, inspired by the title of influential feminist poet Adrienne Rich’s 1973 collection.

Singer-songwriter Shelby Earl — heard on NPR and KEXP and featured in Rolling Stone, the Wall Street Journal, and many other places — will perform new songs to the same theme. 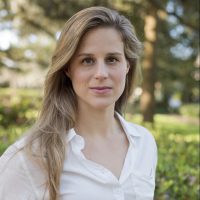 Lauren Groff is the author of the novel The Monsters of Templeton, shortlisted for the Orange Prize for New Writers, Delicate Edible Birds, a collection of stories, and Arcadia, a New York Times Notable Book, winner of the Medici Book Club Prize, and finalist for the L.A. Times Book Award. Her third novel, Fates and Furies, was a finalist for the National Book Award in Fiction, the National Book Critics Circle Award, and the Kirkus Award. It won the 2015 American Booksellers’ Association Indies’ Choice Award for Fiction, was a New York Times Notable book and Bestseller, Amazon.com’s #1 book of 2015, and on over two dozen best-of 2015 lists. It also received the 2016 American Bookseller Association’s Indies’ Choice Award for Adult Fiction and, in France, the Madame Figaro Grand Prix de l’Héroïne. Her story collection Florida, was recently published by Riverhead Books. In 2017, she was named by Granta Magazine as one of the Best of Young American Novelists of her generation. She lives in Gainesville, Florida with her husband, two sons, and dog.

R.O. Kwon’s first novel, The Incendiaries, is published by Riverhead (US) and forthcoming from Virago (UK) in September 2018. She is a National Endowment for the Arts Literature Fellow. Her writing has appeared in The Guardian, Vice, BuzzFeed, Noon, Time, Electric Literature, Playboy, San Francisco Chronicle, and elsewhere. She has received awards and fellowships from Yaddo, MacDowell, the Bread Loaf Writers’ Conference, the Sewanee Writers’ Conference, Omi International, and the Norman Mailer Writers’ Colony. Born in South Korea, she’s mostly lived in the United States.

Kim Fu is a Canadian-born writer, living in Seattle, Washington. Her first novel For Today I Am a Boy won the Edmund White Award for Debut Fiction and was a finalist for the PEN/Hemingway Award. It was also a New York Times Book Review Editors’ Choice and long-listed for CBC’s Canada Reads. Fu’s debut poetry collection How Festive the Ambulance received a starred review from Publisher’s Weekly, and includes a 2017 National Magazine Awards Silver Medal winner and a Best Canadian Poetry 2016 selection. Her most recent novel, The Lost Girls of Camp Forevermore, was published in February 2018. Fu’s writing has appeared in Granta, the Atlantic, the New York Times, Hazlitt, and the Times Literary Supplement. She has received residency fellowships from the Ucross Foundation, Berton House, Wildacres, and the Wallace Stegner Grant for the Arts. 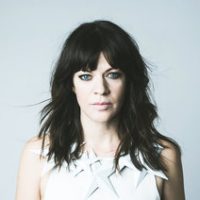 Upon the release of her debut solo album, Burn the Boats, Shelby Earl was named by NPR music writer Ann Powers as her “new favorite songwriter.” Earl’s second album, Swift Arrows (produced by Damien Jurado), gained further acclaim, and in the words of Benjamin Gibbard (DCFC) “proves [Shelby] has the most heartbreakingly beautiful voice in Seattle.” Earl’s 3rd studio album was released in March 2017.