For the 2018–19 season of Hugo Literary Series—the first in our new home—we’re looking back to look forward and asking the writers and musicians to create new things from the old. Each event within the series takes its theme from an iconic book—those whose titles have a resonance beyond the book itself.

National Book Award finalist Domingo Martinez (The Boy Kings of Texas), bestselling memoirist Terese Marie Mailhot (Heart Berries), and emerging fiction writer Margaret Malone (People Like You) will read new work on the theme Stranger in a Strange Land, inspired by the title of Robert A. Heinlein’s sci-fi classic about a human raised by Martians who returns to Earth, an exile that becomes a messiah. 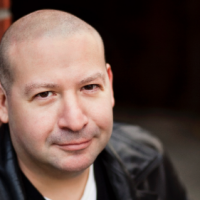 Domingo Martinez is the New York Times bestselling author of two memoirs, The Boy Kings of Texas, which was a finalist for the National Book Award in 2012, a Gold Medal Winner of the Independent Publisher Book Award, a 2013 Pushcart Prize nominee; and My Heart is a Drunken Compass. Martinez’s work has appeared in Epiphany literary magazine, Texas Monthly, New Republic, and Saveur magazine, and he is a regular contributor to This American Life. He has also appeared on NPR’s All Things Considered and the Diane Rehm Show. Martinez was the recipient of the Bernard De Voto Fellowship in Nonfiction at the Bread Loaf Writers’ Conference in 2013, and was the Dobie-Paisano Fellow at the University of Texas at Austin in 2018. 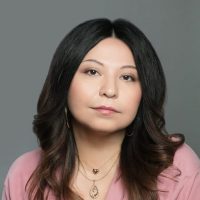 Terese Marie Mailhot is from Seabird Island Band. She graduated with an MFA from the Institute of American Indian Arts. She served as Saturday Editor at The Rumpus and was a columnist at Indian Country Today. Her writing appears in West Branch, Guernica, Pacific Standard, Elle, and elsewhere. She is the author of the New York Times bestselling Heart Berries: A Memoir. She serves as faculty at the Institute of American Indian Arts and she’s a Tecumseh Postdoctoral Fellow at Purdue University. 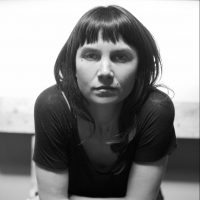 Margaret Malone is the author of the story collection People Like You, finalist for the 2016 PEN/Hemingway Award, and winner of the Balcones Fiction Prize. A cohost of the artist and literary gathering SHARE, Margaret lives in Portland, Oregon, with her husband, filmmaker Brian Padian, and their two children. 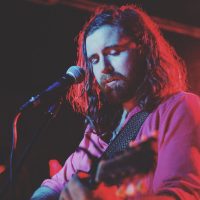 Bryan John Appleby is a singer/songwriter and composer living in Seattle, known for his clear voice and intricately crafted lyrics. From his 2009 EP Shoes for Men and Beasts to his debut 2011 LP release Fire on the Vine, a Bandcamp Album of the Week, Appleby’s music has been lauded by KEXP and Sound on the Sound, drawing comparisons to Damien Jurado and Devendra Banhart, and receiving placements in short films and TV. His latest album is 2015’s The Narrow Valley, which combined baroque California pop with Appleby’s deep sense of the cinematic.