Free to the public.

Hear writers from Hong Kong, India, Thailand, and Niger all in one evening—a unique opportunity to learn about writers from other cultures, their writing styles, and what drives them spiritually and politically.

Fall residents are also teaching a class on Monday, October 2, open to all writing levels, on the essay as a powerful form to inform and influence audiences. For more information on the class and to register, visit the class page. 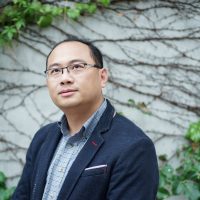 Lau Stuart (poet, essayist, and critic; Hong Kong) forms his English name by combining the Chinese characters for “study” and “arts.” He has published five poetry collections, the most recent, How Broad Are the Plank Roads of Sunshine (2015), won the thirteenth Hong Kong Biennial Award for Chinese Literature. A publishing manager at Oxford University Press in China, Lau is completing a PhD at Hong Kong Baptist University.He participates courtesy of the Robert H.N. Ho Family Foundation. 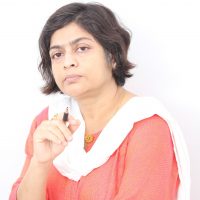 Tilottama Majumder (fiction writer and poet; India) won the Ananda Puroshkar, given for excellence in Bengali literature, for her novel Basudhara (2003); more than ten titles have followed. Her fiction and poetry have been translated into several Indian languages, including English; she also writes for children. She works at the Ananda Publishers in Kolkata. Her participation is courtesy of the Bureau of Educational and Cultural Affairs at the U.S. Department of State. 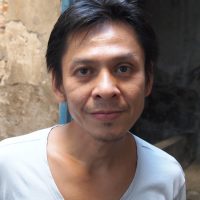 Wipas Srithong (fiction writer; Thailand) has published three novels, many short stories, and collections of English-language and concrete poetry. His debut novel, Kon Krae (The Dwarf), won the 2012 S.E.A. Write Award for Novels; his subsequent two novels were long- and short-listed for it. His stories have won the Kukrij Pramote and P.E.N. (Thailand) awards. He participates courtesy of the Bureau of Educational and Cultural Affairs at the U.S. Department of State. 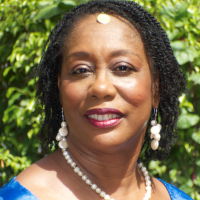 Antoinette Tidjani Alou (fiction writer, poet, translator, and scholar; Niger) teaches literature and directs the Program for Performing Arts at Abdou Moumouni University in Niamey. She has been the president of the International Society for Oral Literatures of Africa and a collaborator on the “Women Writing Africa” project. Her first work, On m’appelle Nina, retraces the exilic experiences of a woman who leaves Jamaica for France, then Niger. A short story collection, a volume of poetry, and a memoir are forthcoming. She participates courtesy of the Bureau of Educational and Cultural Affairs at the U.S. Department of State.