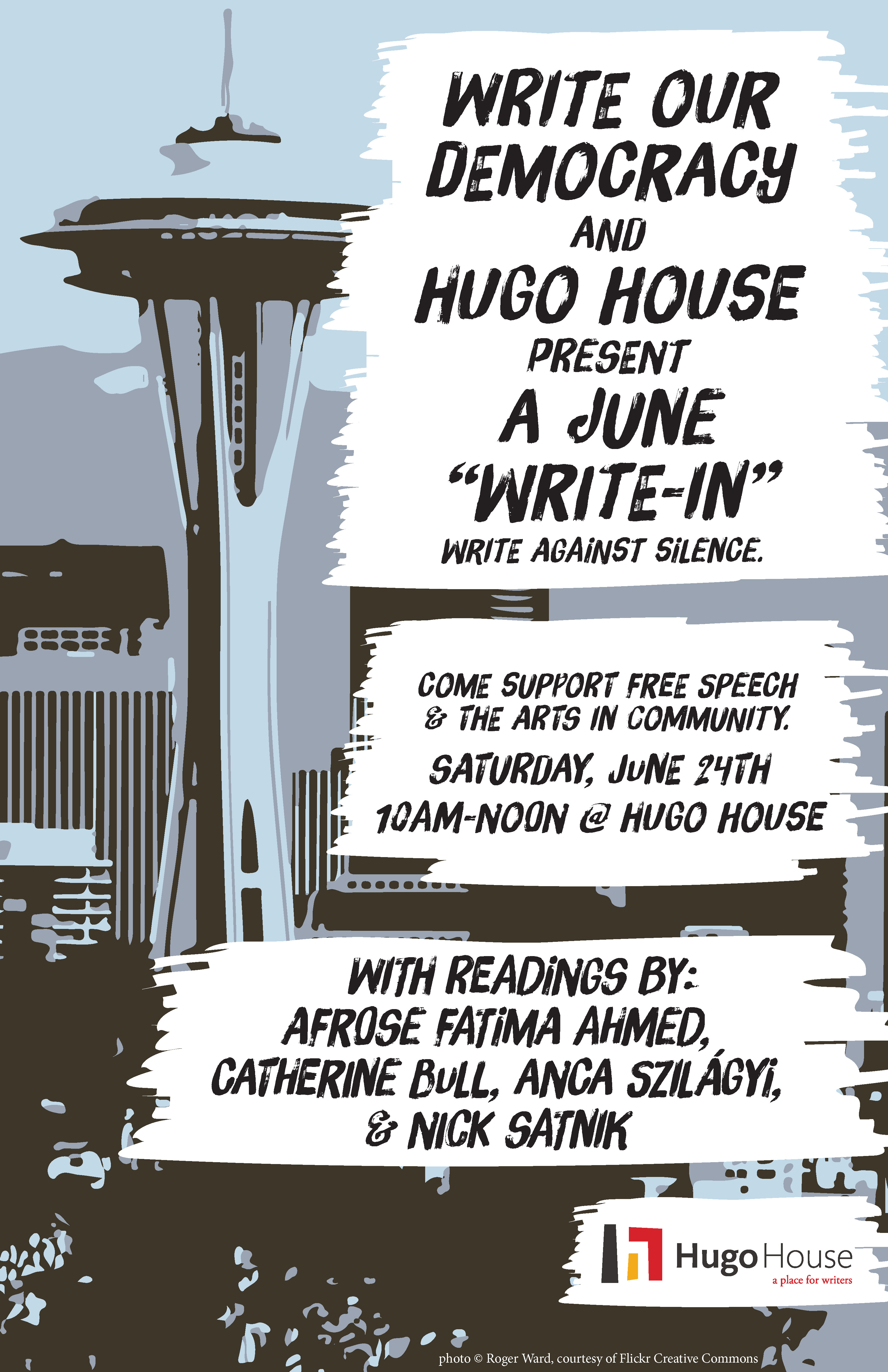 Hugo House and Write Our Democracy present a June Write-In—a follow-up to April’s Write-In and the second in a new series supporting free speech and the value of arts in our democracy. Write-Ins include select readings from local writers, writing prompts, and a chance to gather and write in community.

Originally launched as Writers Resist, a movement that inspired nearly 100 worldwide events on January 15, 2017, Write Our Democracy is an initiative to gather and mobilize writers and focus public attention on the ideals of a free, just, and compassionate democracy.

This event is free to the public.