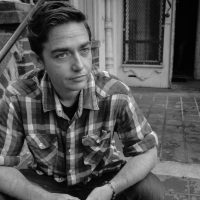 Tennessee Jones is a Brooklyn-based writer from southern Appalachia. Jones is the author of the short story collection Deliver Me From Nowhere (Soft Skull Press, 2005). His work has received support from The Fine Arts Work Center (2017), Lambda Literary Foundation (2016), Creative Capital On Our Radar (2016), The Christopher Isherwood Foundation (2009), and Jacob K. Javits Foundation (2008-2010). His residencies include the Lower Manhattan Cultural Council Artist in Residence (2016-17), Philip Roth Writer in Residence at Bucknell University (2013) and the George Bennet Fellow at Phillips Exeter Academy (2010-2011). Jones holds a BA in Religion from CUNY Graduate Center and an MFA in Fiction from Hunter College. He is currently a earning  a dual MA in Divinity and Social Work at Union Theological Seminary and Silberman School of Social work. 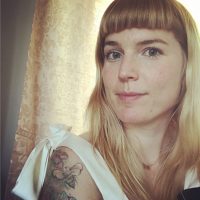 Molly Thornton is a multigenre writer obsessed with queer love, female friendship, and life’s gritty magic. Her work is published or forthcoming in The Lavender Review, baldhip magazine, The Leveller, Seattle Globalist, and They Said, a collaborative anthology from Black Lawrence Press. She is a graduate of Artist Trust’s LitEdge program and a Lambda Literary Emerging Writers Fellow. 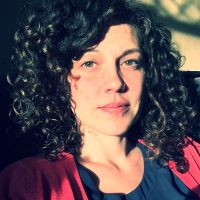 Elaina Ellis lives in Bellingham, Washington. Her poems appear in Vinyl Poetry, Muzzle Magazine, The Iowa Review, Poetry Northwest, Horsethief, and beyond. She is a Lambda Literary Fellow and author of the poetry collection Write About an Empty Birdcage from Write Bloody Publishing. She holds an MFA from Antioch University Los Angeles and works as an editor at Copper Canyon Press. 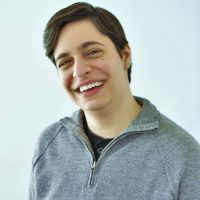 Kathleen Nacozy has worked as a writer for eleven years in comedy, journalism, and criminal justice. She is one-third of the comedy outfit Deep Lez, and teaches improv all over and in her basement; details available upon request. 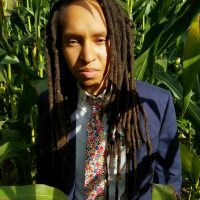 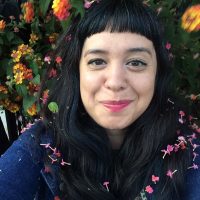 Natalia Vigil is a queer Chicana writer, multimedia curator, and big sister​ of ​six​, born​ ​and raised in San Francisco. Her work has appeared in numerous publications and shows​. She is a ​Lambda Literary Fellow and the proud co-founder of Still Here San Francisco​,​ a performance and community dialogue centering the experiences of ​queer and trans ​people raised in​ ​the city.​ ​She first heard her ​call to write about ​vulnerability and identity​ in​ ​the​ first grade when she wrote​ her poem “You Make Me Glitter Up.” 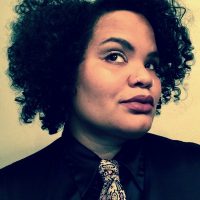