Join local poets Jory Mickelson and Scott Ferry on Zoom as they read from their debut collections, which explore issues of the body, landscape, family, and dissolution.

RSVP via the “Tickets” link to join the Zoom conversation.

Jory Mickelson‘s Wilderness//Kingdom is a sensual exploration of the West, the road, and the body. Pastoral, spiritual and utterly sensuous, this debut book adds to the ever-more-robust tradition of queering the wild. It leads readers into the heart of the wilderness where they discover both tenderness and trouble. As Eduardo C. Corral says, “Wilderness//Kingdom is a remarkable and propulsive debut.”

Scott Ferry‘s The only thing that makes sense is to grow traces the lineage of a family through the voices of its ghosts. This collection takes the grief and residue of generations, places it in moist soil, and lets it root and spread into unlikely openings of enlightenment and humor. Life and death, decay and regeneration, childhood and blind adulthood, and language and its innate power to heal are all themes that weave through these narrative poems with a refreshing candor. 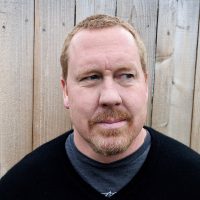 Scott Ferry helps our Veterans heal as a RN in the Seattle area. In former lives he taught high school, practiced acupuncture, and managed aquatic centers. His work appears in Cultural Weekly, Slippery Elm, MacQueen’s Quinterly, and Thirteen Myna Birds, among many others. He was a finalist in the 2019 Write Bloody Chapbook Contest and a semifinalist in the 2017 Floating Bridge Chapbook Contest. He first collection The only thing that makes sense is to grow was published by Moon Tide Press in early 2020. 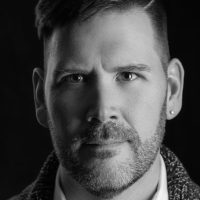 Jory Mickelson is the inaugural winner of the Evergreen Award Tour prize form Floating Bridge Press for his book Wilderness//Kingdom. His poems have appeared in print and online in Harvard Divinity Bulletin, diode, Jubilat, the Rumpus, Vinyl Poetry, the Mid-American Review, Ninth Letter, and other journals in the US, Canada, and the UK. He was awarded an Academy of American Poets Prize and has received fellowships from the Lambda Literary Foundation and The Helene Wurlitzer Foundation of New Mexico. He holds an MFA in Poetry from the University of Idaho. Originally from Montana, he now lives in the Pacific Northwest.