In 2013, a man walked into the Central District’s Twilight Exit, shot two people, and then was killed by police. Marti Jonjak was there that night and explores the crimes through conversations with other witnesses in her 33-part series for McSweeney’s, “Inside Witnesses: One Crime’s Many Narratives“—their “version of Serial.”

The column begins with interviews of outside witnesses then moves closer to the violence as the series progresses and a larger picture emerges. Pulitzer Prize recipient Eli Sanders described the series as “fascinating and important,” and New Yorker writer Vinson Cunningham said, “This column is fantastic.”

Images of Kelly Bjork‘s original illustrations, which accompanied “Inside Witnesses,” will be displayed as Jonjak reads selections from the column.

Former Seattle Police Chief Norm Stamper, author of To Protect and Serve: How to Fix America’s Police and Breaking Rank: A Top Cop’s Exposé of the Dark Side of American Policing, will also read. Stamper’s career reflects his commitment to police reform and social justice, and he has served as a trainer, consultant, expert witness, and keynote speaker. 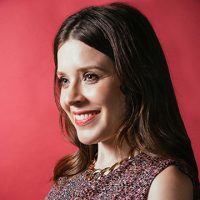 For nearly a decade, Marti Jonjak was a columnist and contributor to The Stranger, with special focus on conceptual fashion. Marti grew up on a cranberry farm in the middle of nowhere. She lives in Seattle. 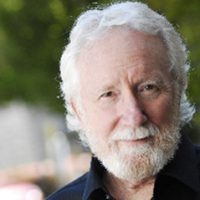 Norm Stamper was a police officer for 34 years, the last six (1994-2000) as Seattle’s Chief of Police. He earned his PhD in Leadership and Human Behavior, and is the author of two books: To Protect and Serve: How to Fix America’s Police and Breaking Rank: A Top Cop’s Exposé of the Dark Side of American Policing. He recently finished a novel and is at work on another. 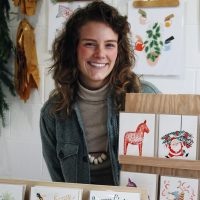 Kelly Bjork is an artist and freelance illustrator whose work focuses on portraiture and intimacy between friends and belongings. She grew up in Tacoma, Washington and graduated from Western Washington University in 2009 with a BFA in drawing and printmaking. Her work has been published in numerous magazines and online journals including McSweeney’s Internet Tendency, The Stranger, Seattle Met, Fresh Magazine, BOOOOOOOM, and Sixth Finch.