Maiah Manser will provide music for the evening. Often compared to female power houses like Kate Bush, Lana Del Rey, Björk, and Adele, Maiah strives to fuse the digital and the organic in every aspect of her music. 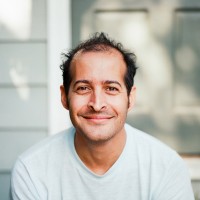 Anis Mojgani is the author of The Pocketknife Bible, Songs From Under The River, The Feather Room, and Over the Anvil We Stretch. He is a two-time National Poetry Slam Champion and winner of the International World Cup Poetry Slam. A TEDx Speaker and former resident of the Oregon Literary Arts Writers-in-the-Schools program, his work has appeared on HBO, NPR, and in such journals as Rattle, Paper Darts, Forklift Ohio, and Used Furniture Review. 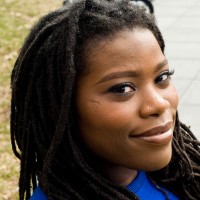 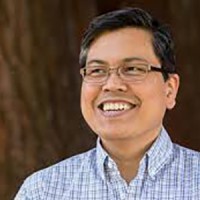 Rick Barot is the author of The Darker Fall; Want, which was a finalist for the Lambda Literary Award; and Chord, which received the PEN Open Book Award, (all from Sarabande Books). He has received fellowships from the National Endowment for the Arts and the Artist Trust of Washington. In 2016, he received a poetry fellowship from the Guggenheim Foundation. His poems and essays have appeared in Poetry, The Paris Review, The New Republic, Ploughshares, Tin House, The Kenyon Review, Virginia Quarterly Review, and The Threepenny Review.

Maiah Manser has worked both as a solo artist as well as with a variety of projects including Mary Lambert (as a touring vocalist featured on Jay Leno’s Tonight Show, Good Morning America, and VH-1’s You Oughta Know), The Esoterics, and Pollens. Maiah began her solo career playing for EMP’s Sound Off! competition in 2013. Her song “Hold Your Head Up” was featured in City Arts Magazine‘s Top 5 Most Attractive Singles. She is currently finishing work on her debut EP with producer Buddy Ross. www.maiahmanser.com