The reading is free. Books will be for sale, and the bar will be open. If you like cheap drinks, writing, and being around other people who like cheap drinks and writing, look no further. We’ll provide prompts and drinks; you bring paper, pen, and the will to write. 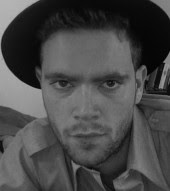 Adam Fitzgerald is the author of The Late Parade, published by W. W. Norton / Liveright. His poems have appeared or forthcoming in A Public Space, Boston Review, Fence, Conjunctions, and elsewhere. This fall he will co-curate for Loretta Howard Gallery the exhibit “John Ashbery Collects: Poet Among Things” in Chelsea, New York. He is the founding editor of the poetry magazine Maggy, teaches at Rutgers and The New School, and lives in the East Village.

Tom Healy is a writer, poet, and chairman of the Fulbright Foreign Scholarship Board, which oversees the Fulbright program worldwide. He was appointed to the Fulbright Board by President Barack Obama. Tom’s first book, What the Right Hand Knows, was a finalist for the 2009 L.A. Times Book Prize and the Lambda Literary Award and his poems and essays have appeared in many literary journals and anthologies. Tom served on President Clinton’s Presidential Advisory Council on HIV/AIDS and worked around the world on AIDS and poverty programs. Tom owned one of the first contemporary art galleries in Chelsea and later served as president of the Lower Manhattan Cultural Council. In 2006, he was awarded the New York City Arts Award by Mayor Michael Bloomberg for leading rebuilding efforts for the downtown arts community after 9/11. Healy is a professor at New York University and is a visiting professor at the New School. His website is Tomhealy.net. 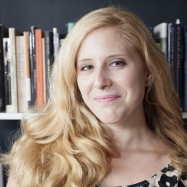 Leah Umansky’s first book of poems, Domestic Uncertainties, is available now from BlazeVOX Books. She has her MFA in Poetry from Sarah Lawrence College and has been a contributing writer for BOMB Magazine’s BOMBLOG, a poetry reviewer for The Rumpus, and a live twitterer for The Best American Poetry Blog. Her poems can be found in such journals as Barrow Street, Catch-up, and Cream City Review, among others. She is also the Host/Curator of COUPLET: a poetry and music series in NYC. Read more at: iammyownheroine.com