This reading is presented in partnership with 4Culture through the Claiming Space project, which aims to lift the voices of writers of color throughout King County; and Kundiman, dedicated to nurturing generations of writers and readers of Asian American literature.

Multilingual poet and Made at Hugo House fellow Shankar Narayan will read from his new chapbook, Postcards from the New World (winner of the 2017 Paper Nautilus Debut Series Chapbook Contest), as well as other work.

“This series of thirty-one poems meditates on connection and dissolution, construction and deconstruction, selves and societies. In a violent historical moment, when rupture and brokenness (the breaking of bodies and the breaking of the word) are so evident, the speaker in these poems announces a belief that there is (there has to be) some good, some optimism, some light from a new sun if ‘Entanglement is a whole country’… In a song driven by words from our moment, Narayan has given us a compelling series of poems that will be worthy of rereading in the coming years.” – Tod Marshall, Washington State Poet Laureate, 2016-18

Dujie Tahat, Troy Osaki, and Gabrielle Bates will open the evening with readings from their own work. 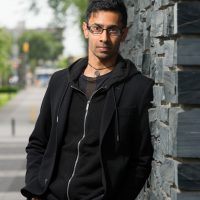 Shankar Narayan explores identity, power, mythology, and technology in a world where the body is flung across borders yet possesses unrivaled power to transcend them. Shankar is a three-time Pushcart Prize nominee, winner of the 2017 Flyway Sweet Corn Poetry Prize, and a Fellow at Kundiman and at Hugo House. He is a 4Culture grant recipient for Claiming Space, a project to lift the voices of writers of color, and his forthcoming chapbook, Postcards From the New World, won the Paper Nautilus Debut Series chapbook prize. Shankar draws strength from his global upbringing and from his work as a civil rights attorney for the ACLU. In Seattle, he awakens to the wonders of Cascadia every day, but his heart yearns east to his other hometown, Delhi. Connect with him at shankarnarayan.net. 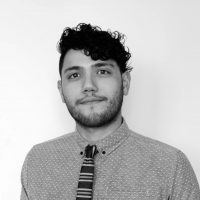 Dujie Tahat is a writer and political hack from Washington state. His essays on poetry and politics have been published in the Seattle Review of Books and Civic Skunk Works. Dujie is a fellow at the Jack Straw Writing Program and serves as a contributing poetry editor for Pacific Northwest literary magazine Moss. He’s been a Seattle Poetry Slam finalist, a collegiate grand slam champion, and a Youth Speaks grand slam champion, representing Seattle at HBO’s Brave New Voices. His poetry has not yet been published, but if you’d like to change that, you can find him @dujietahat on all social media. 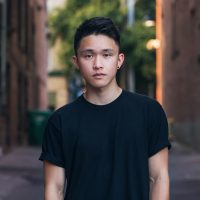 Troy Osaki is a Filipino Japanese American writer, performer, and teaching artist from Seattle. He’s received a fellowship from Kundiman and is a Youth Speaks Seattle alum and mentor. Troy has competed in youth, collegiate, and adult poetry slams and is a three-time Seattle Grand Slam Champion. His work has been featured by platforms such as Buzzfeed, the Seattle International Film Festival, and online literary journals. Troy is a grassroots organizer with a Filipino youth and student movement called Anakbayan and a graduate of the Seattle University School of Law. 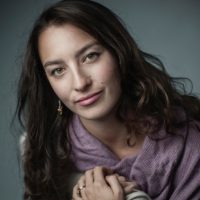 Gabrielle Bates works at Open Books: A Poem Emporium and edits for the Seattle Review, Poetry Northwest, Broadsided Press, and Bull City Press. Her poems and poetry comics have appeared—or will soon— in Poetry, New England Review, and Gulf Coast, and she is the recipient of support from the Bread Loaf Writers Conference, Hugo House, and Artist Trust. She is originally from Birmingham, Alabama. www.gabriellebat.es | twitter: @GabrielleBates