RSVP below to join the Zoom conversation, or find us streaming on Facebook Live. 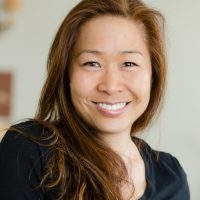 Christina Chiu is the winner of the James Alan McPherson Award for her novel Beauty. She is also author of Troublemaker and Other Saints, published by G.P. Putnam’s Sons. Troublemaker was a nominee for a BOMC Stephen Crane First Fiction Award, and winner of the Asian American Literary Award. Chiu has published in Tin House, The New Guard, Washington Square, The MacGuffin, Charlie Chan is Dead 2, Not the Only One, Washington Square, and has won literary prizes from Playboy, New Stone Circle, El Dorado Writers’ Guild, World Wide Writers. Chiu curates and co-hosts the Pen Parentis Literary Salon in NYC. She is a founding member of the Asian American Writers’ Workshop. She received her MFA from Columbia University.
+ Google Calendar+ Add to iCalendar