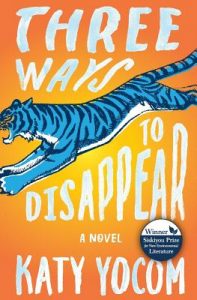 Novelist Katy Yocom and nonfiction writer Dianne Aprile read in celebration of the launch of Three Ways to Disappear, Yocom’s debut novel, which won the Siskiyou Prize for New Environmental Literature. After the readings, they’ll discuss Katy’s novel, elements of craft, the writing process, and more.

“For her debut novel, Katy Yocom has created a wonderful piece of environmental fiction. She weaves together a tale about the past, about family, about forgiveness, about the ties that bind people to their culture, and about a magnificent endangered species: the Indian tiger. That she manages to do all this without putting a foot wrong anywhere is a testimony to her talent and to her passion for a world in which all creatures deserve to live their lives without fear. It’s a book whose characters and subject matter will remain with you long after you reach its conclusion.” 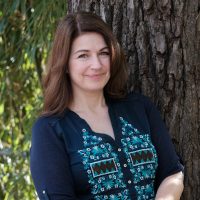 Katy Yocom traveled to India to research her debut novel, Three Ways to Disappear (Ashland Creek Press, 2019), which won the Siskiyou Prize for New Environmental Literature and has been named a Barnes & Noble Top Indie Favorite. Her writing has appeared in American Way in-flight magazine, Newsweek, Salon, Literary Hub, Necessary Fiction, the Louisville Review, and elsewhere. She has received grants and fellowships from the Elizabeth George Foundation, the Kentucky Foundation for Women, and the Kentucky Arts Council. She lives in Louisville, Kentucky, where she earned her MFA from Spalding University and now serves as associate director of Spalding’s School of Creative and Professional Writing. 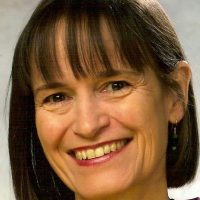 Dianne Aprile is the author and editor of nonfiction books, including two collaborations with fine-art photographer Julius Friedman. Her essay “Silence” appears in the anthology This I Believe, Kentucky. Her poetry has appeared in journals and anthologies. Aprile was the recipient of the Al Smith artist fellowship from the Kentucky Arts Council and grants from the Kentucky Foundation for Women. She is a recipient of a Hedgebrook Women Writers Residency and Washington State Artist Trust Writers Fellowship. As a journalist, she was on a team that won a staff Pulitzer Prize for the Louisville Courier-Journal and was an award-winning columnist. She is currently working on a family memoir. She holds an MFA from Spalding University.