At some point every writer will be asked the question, “What is your creative process?” There are many possible answers to that question. But what, more generally, is the creative process — the process of making something that hasn’t existed before?

For the Word Works: Writers on Writing series, writer and poet Sarah Manguso will attempt to answer that more philosophically pressing question by examining the intersecting forces of influence, innovation, craft, artistry, and love in her craft talk, “A Shared Authority: The Writer and the Writing.”

Sarah Manguso is the author of 300 Arguments, Ongoingness, The Guardians, The Two Kinds of Decay, Hard to Admit and Harder to Escape, Siste Viator, and The Captain Lands in Paradise. Her work has been supported by a Guggenheim Fellowship, a Hodder Fellowship, and the Rome Prize, and her books have been translated into five languages. Her poems have won a Pushcart Prize and appeared in several editions of the Best American Poetry series, and her essays have appeared in Harper’s, the New York Review of Books, the New York Times Magazine, and the Paris Review. She lives in Los Angeles and currently teaches in the low-residency MFA program at New England College.

I tried to record each moment, but time isn’t made of moments; it contains moments. There is more to it than moments.

I wanted to comprehend my own position in time so I could use my evolving self as completely and as usefully as possible. I didn’t want to go lurching around, half-awake, unaware of the work I owed the world, work I didn’t want to live without doing. 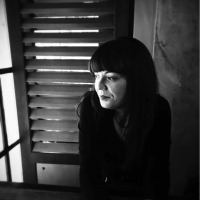 Catherine Bresner is the author of the chapbook The Merriam Webster Series and the artist book Everyday Eros (Mount Analogue 2017). Her poetry has appeared in The Offing, Heavy Feather Review, Gulf Coast, Poetry Northwest, Passages North, The Pinch and elsewhere. Her book, the empty season, won the Diode Edition Book Prize in 2017 and she was a runner-up for the 2018 Rattle Poetry Prize.  She has been the coordinating editor of the Seattle Review, and the publicity assistant for Wave Books. Currently, she is the managing editor for BOAAT Press. You can find more of her work at www.catherinebresner.com.