The Craft of Obsession

National Book Award-winning poet Terrance Hayes will look at a poem from each of the late poet Lynda Hull’s three books: Ghost Money (1986), Star Ledger (1991), and The Only World (1995). The poems demonstrate the ways a poet can develop themes and strategies from one book to the next. Hull’s poems about music and musicians, in particular, show how a poet can both accept and challenge their obsessions.

Hayes is also teaching a poetry workshop in conjunction with his talk. Open to writers of all levels, the class will include exercises and discussions concerning poetry and music. For more information and to register, visit the class page. 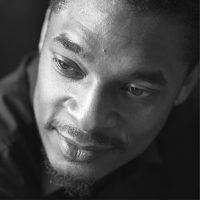 Terrance Hayes is the author of five books of poetry: How to Be Drawn, longlisted for the 2015 National Book Award in Poetry; Lighthead, winner of the the 2010 National Book Award for poetry; Wind in a Box, winner of a Pushcart Prize; Hip Logic, winner of the National Poetry Series, a finalist for the Los Angeles Times Book Award, and runner-up for the James Laughlin Award from the Academy of American Poets; and Muscular Music, winner of both the Whiting Writers Award and the Kate Tufts Discovery Award. He has been a recipient of many other honors and awards, including a 2014 MacArthur Foundation Genius Award, two Pushcart selections, eight Best American Poetry selections, and fellowships from the National Endowment for the Arts Fellowship and the Guggenheim Foundation. His poems have appeared in literary journals and magazines including The New Yorker, Poetry, The American Poetry Review, Ploughshares, Fence, The Kenyon Review, Jubilat, Harvard Review, and Poetry. His poetry has also been featured on The NewsHour with Jim Lehrer. A professor at the University of Pittsburgh, Hayes lives in Pittsburgh with his wife and children. 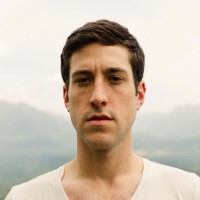 Rich Smith is the author of Great Poem of Desire and Other Poems and All Talk, both from Poor Claudia. Find recent poems in Tin House, Okey-Panky, and Verse Daily. Rich was an actor and a playwright at the University of Missouri, but then started writing poetry and everything else took a back seat. He went on to Ohio University for his M.A. in Creative Writing, and then to the University of Washington for his M.F.A. Rich is currently a books and theater critic for The Stranger.