Poets and writers from all over the state will read for a night that blends poetry with prose. Hear poetry from Gary Lilley of Port Orchard (author most recently of The Bushman’s Medicine Show) and Ann Tweedy of Lake Tapps (The Body’s Alphabet), and prose from Spokane-based writers Sharma Shields (author of the 2016 Washington State Book Award-winning novel The Sasquatch Hunter’s Almanac) and Erin Pringle, author of the newly published collection of stories, The Whole World at Once. 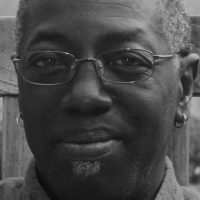 Gary Copeland Lilley is originally from Sandy Cross, North Carolina and is now living, writing, and teaching in the Northwest. He has twice received the DC Commission on the Arts Fellowship for Poetry, and earned the MFA in Poetry from Warren Wilson College. His publications include four collections: The Subsequent Blues (Four Way Books), Alpha Zulu, (Ausable Press), High Water Everywhere (Willow Books), and The Bushman’s Medicine Show (Lost Horse Press). He is a Cave Canem Fellow. 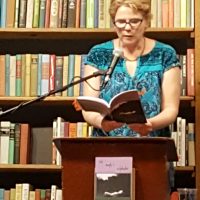 Ann Tweedy‘s first full-length book, The Body’s Alphabet, (Headmistress Press, 2016) was awarded a Bisexual Book Award in Poetry and was a finalist for a Lambda Literary Award and a Golden Crown Literary Society Award. She has also published two chapbooks and her poetry has appeared in Clackamas Literary Review, Rattle, literary mama, and elsewhere. She has twice been nominated for a Pushcart Prize and has also been nominated for a Bet of the Net Award. Ann is an MFA candidate at Hamline University. She is also a law professor and in-house attorney for the Muckleshoot Tribe.

Sharma Shields is the author of a short story collection, Favorite Monster (Autumn House), and a novel, The Sasquatch Hunter’s Almanac (Henry Holt). Her writing has appeared in Electric Lit, Slice, The New York Times, Kenyon Review, Iowa Review, Fugue, and elsewhere and has garnered awards such as the 2016 Washington State Book Award, the Autumn House Fiction Prize, the Tim McGinnis Award for Humor, a Grant for Artist Projects from Artist Trust, and the A.B. Guthrie Award for Outstanding Prose. She received her BA in English Literature from the University of Washington and her MFA from the University of Montana. 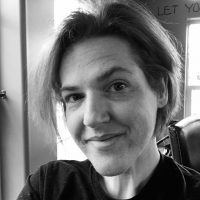 Erin Pringle grew up in the Midwest and has lived in the Northwest for nearing a decade. She’s a recipient of a 2012 Artist Trust Fellowship and the author of two story collections, The Floating Order (Two Ravens Press) and The Whole World at Once (West Virginia University Press). She lives in Spokane with her partner, Heather, and son, Henry.