Join us to celebrate with Emily Rapp Black and Katherine Standefer as they launch their new books! Emily’s new book, Sanctuary, is “an incisive memoir about how she came to question and redefine the concept of resilience after the trauma of her first child’s death,” and Katherine’s debut, Lightning Flowers, is “the astonishing true story of the rare diagnosis that upended Standefer’s rugged life and sent her tumbling into a fraught maze of cardiology units, dramatic surgeries, and slow, painful recoveries.” The authors will be in conversation about writing the body. 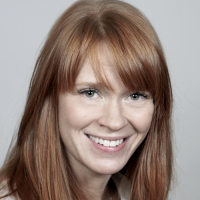 Emily Rapp Black is the author of Poster Child: A Memoir (BloomsburyUSA) and The Still Point of the Turning World (Penguin Press), a New York Times bestseller and an Editor’s Pick. A former Fulbright scholar, she was educated at Harvard University, Trinity College-Dublin, Saint Olaf College, and the University of Texas-Austin, where she was a James A. Michener Fellow. A Guggenheim Fellow, she has received awards and fellowships from the Rona Jaffe Foundation, the Jentel Arts Foundation, the Corporation of Yaddo, the Fine Arts Work Center, Fundacion Valparaiso, and Bucknell University. Her work has appeared in Vogue, the New York Times, Die Zeit, the Times-London, Lenny Letter, the Sun, Time, the Boston Globe, the Wall Street Journal, O the Oprah Magazine, the Los Angeles Times, and other publications and anthologies. She is currently associate professor of creative writing at the University of California-Riverside, where she also teaches medical narratives in the School of Medicine. She is a member of the Inequities in Health Care Working Group and an architect of the Medical Narratives minor in the College of Humanities and Social Sciences. She was recently named the nonfiction editor of the Los Angeles Review of Books. Her book that explores art and disability through the life of Frida Kahlo is forthcoming from Nottinghill Editions/New York Review of Books in 2021. She is the mother of two children: Ronan (2010-2013), and Charlotte (age 6). 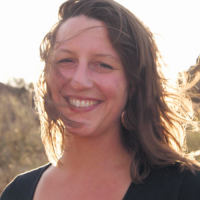 Katherine Standefer is the author of Lightning Flowers: My Journey To Uncover the Cost of Saving a Life (Little, Brown Spark), which was a New York Times Book Review Editor’s Choice and the November 2020 Group Text Pick. Named one of Oprah Magazine’s Best Books of Fall 2020, Lightning Flowers was also shortlisted for the J. Anthony Lukas Work-in-Progress Prize from Columbia Graduate School and the Nieman Foundation for Journalism at Harvard, named one of Kirkus’s Best 100 Nonfiction Books of 2020, and featured in People Magazine, on NPR’s Fresh Air, and the goop podcast. Her previous writing appeared in The Best American Essays 2016 and won the 2015 Iowa Review Award in Nonfiction. She was a 2017 Marion Weber Healing Arts Fellow at the Mesa Refuge, a 2018 Logan Nonfiction Fellow at the Carey Institute for Global Good, and a 2018 writer-in-residence at Jentel Arts. Standefer earned her MFA in Creative Nonfiction at the University of Arizona and teaches for Ashland University’s Low-Residency MFA. As a trauma writing doula, she helps writers birth difficult and important stories of the body. She lives on a piñon- and juniper-studded mesa in New Mexico with her chickens.