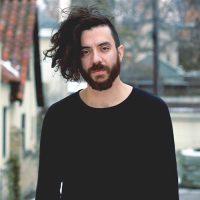 Kaveh Akbar’s poems appear in the New Yorker, Poetry, the New York Times, Paris Review, Best American Poetry, and elsewhere. His second full-length volume of poetry, Pilgrim Bell, will be published by Graywolf in 2021. His debut, Calling a Wolf a Wolf, is out now. Kaveh was born in Tehran, Iran, and teaches at Purdue University and in the low residency MFA programs at Randolph College and Warren Wilson.

Paige Lewis is the author of Space Struck (Sarabande Books, 2019). Their poems have appeared in Poetry, American Poetry Review, Ploughshares, the Georgia Review, and elsewhere. Lewis is the curator of the YouTube series Ours Poetica. They currently teach at Purdue University and in the low-residency MFA program at Randolph college. 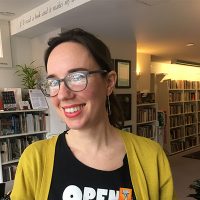 Billie Swift lives in Seattle, Washington, where she is the owner and operator of Open Books: A Poem Emporium. She received an MFA in poetry from the Rainer Writing Workshop at Pacific Lutheran University. 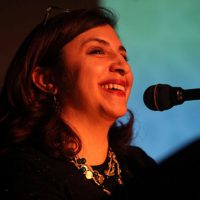 Lena Khalaf Tuffaha has lived the experiences of first-generation American, immigrant, and expatriate. Her heritage is Palestinian, Jordanian, and Syrian and she is fluent in Arabic and English, and has academic proficiency in French. She has lived in and traveled across the Arab world, and many of her poems are inspired by the experience of crossing cultural, geographic and political borders, borders between languages, between the present and the living past.