THIS EVENT HAS BEEN CANCELLED, AND WILL BE RESCHEDULED.

The Anatomy of a New Book

In her latest collection, Incendiary Art (Northwestern University Press), Smith confronts the tyranny against the black male body and the tenacious grief of mothers, envisioning, reenvisioning, and ultimately reinventing the role of witness with an incendiary fusion of forms—from prose poems to sestinas and sonnets.

In her Word Works talk—”The Anatomy of a New Book”—Smith will focus on her process completing Incendiary Art and other recent collections, walking us through the conception, trajectory, and difficulties of crafting a cohesive manuscript.

Following her talk, poet and educator Quenton Baker, who is a former student of Patricia’s, will lead a Q&A.

Note: This event takes place at The Frye Art Museum. 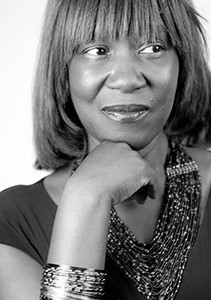 Patricia Smith is the author of six critically-acknowledged volumes of poetry, including Shoulda Been Jimi Savannah; Blood Dazzler, a National Book Award finalist; Teahouse of the Almighty, a National Poetry Series winner (all from Coffee House Press); Close to Death and Big Towns, Big Talk
(both from Zoland Books); and Life According to Motown (Tia Chucha Press). She is a Cave Canem faculty member, a professor of English at CUNY/College of Staten Island, and a faculty member of the Sierra Nevada MFA program. 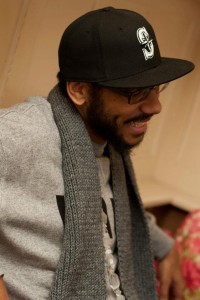 Quenton Baker‘s work has appeared or is forthcoming in anthologies such as Measure for Measure: An Anthology of Poetic Meters and It Was Written: Poetry Inspired by Hip-Hop. He has a chapbook, Diglossic in the Second America from Punch Press, and his book This Glittering Republic is forthcoming from Willow Books. He has an MFA in Poetry from the University of Southern Maine, and he writes poetry reviews for Poet by Poet.

Stamping the Word with You: A Creative-Writing Class with Patricia Smith

Smith is also teaching a half-day class before her Word Works talk. More info on the class, which is open to all levels of writers across all genres, can be found on the class page here.